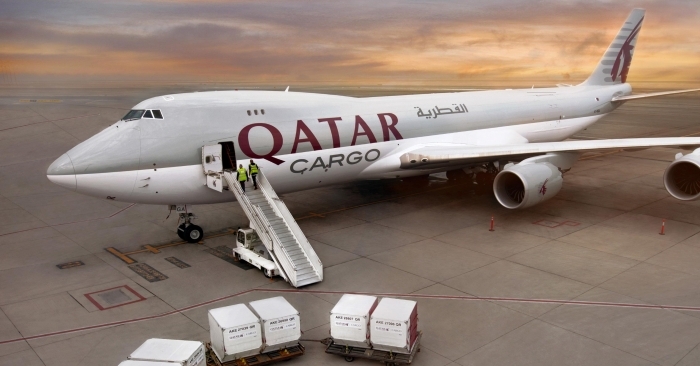 This was in part due to the fact that the cargo carrier transported significant amounts of relief cargo between January and March 2020 to support the global demand due to Covid-19. The airline also placed an order for five new Boeing 777 freighters at the Paris Air Show adding to a further five B777 freighters which joined the fleet in 2019-20.

Financials
Group’s overall revenue and other operating income to QAR 51.1 billion, up 6.4 per cent compared to last year.

“The combination of the ongoing illegal air space blockade against the State of Qatar, the liquidation of Air Italy by the majority shareholder, changes to accounting policy and reporting standards and the Covid-19 pandemic crisis has resulted in the Qatar Airways Group reporting a net loss of QAR 7 billion for the year 2019-20,” said the release.

Cargo network
The expansion of the Qatar Airways Cargo network continued with the addition of Singapore as a stop on its transpacific freighter route connecting Asia to North America. In November 2019, Qatar Airways Cargo expanded its freighter network in South America, with the new destinations of Bogotá, Colombia; Campinas, Brazil; Lima, Peru; and Santiago, Chile. In addition, the carrier added Osaka, Japan as a new freighter destination in January 2020. The airline also launched eight new belly-hold cargo destinations during the financial year 2019-20, as well as increasing belly capacity on several routes.

Covid-19
Qatar Airways Cargo was able to quickly adjust to the situation and compensate for the loss of capacity. By utilising its fleet of 28 freighters to play a critical role in the fight against the pandemic, Qatar Airways Cargo was able to add more capacity to countries where essential food and medical supplies were required, while also continuing its scheduled operations. Furthermore, since the pandemic began, Qatar Airways Cargo has operated more than 500 freight charters utilising freighters and freight-only passenger aircraft to transport more than 40,000 tonnes of essential aid, medical supplies, food and live animals among other cargo.

The disruption started in China first and slowly spread throughout the world, resulting in Qatar Airways Cargo losing almost 5,000 tonnes of cargo capacity each day in China alone and later rising to a loss of 7,500 tonnes each day on the Europe-U.S. trade lane.

Akbar Al Baker, chief executive, Qatar Airways Group, said, “During the fiscal year 2020, the Group’s revenue increased to QAR 51.1 billion, seat capacity increased by 3.2 per cent, freight tonnes handled increased by 2.8 per cent and passenger traffic at Hamad International Airport increased by 8.6 per cent. We have become the largest international airline and air freight carrier since the onset of the pandemic, taking over two million people home safely and reliably and carrying over 250,000 tonnes of medical and aid supplies to impacted regions.”