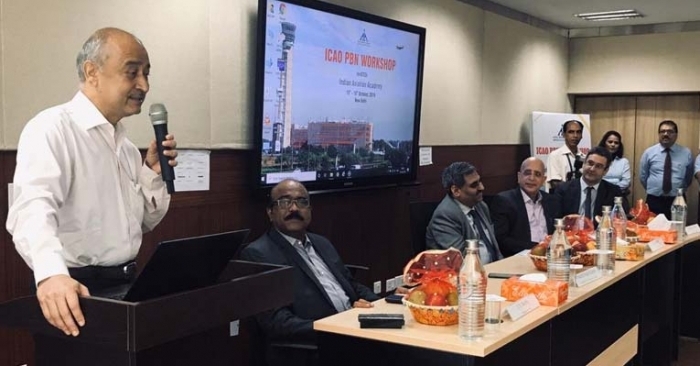 X
Kharola stressed upon the need for AAI to implement PBN in accordance with ICAO plans and national needs.
Our Correspondent16 Oct 2019 6:30 AM GMT

Instructors Raphael Guillet and HuHo Ha from ICAO Sub-Regional Office, Beijing are providing the training on October 15-18, 2019 at the Indian Aviation Academy (IAA), Vasant Kunj. The workshop in collaboration with Airport Authority of India (AAI) is being attended by officers from CAA Nepal, DGCA India and air traffic controllers from 44 airports in India.

While welcoming the participants and ICAO Instructors, Kharola stressed upon the need for AAI to implement PBN in accordance with ICAO plans and national needs.

As an integral part of air traffic management and an important element in Aviation System Block Upgrades (ASBUs), the implementation of PBN is the highest air navigation priority for ICAO.
The workshop will enable the ATC Officers to appreciate as to how PBN enables: