Our goal is to make Indian ports globally competitive: IPA 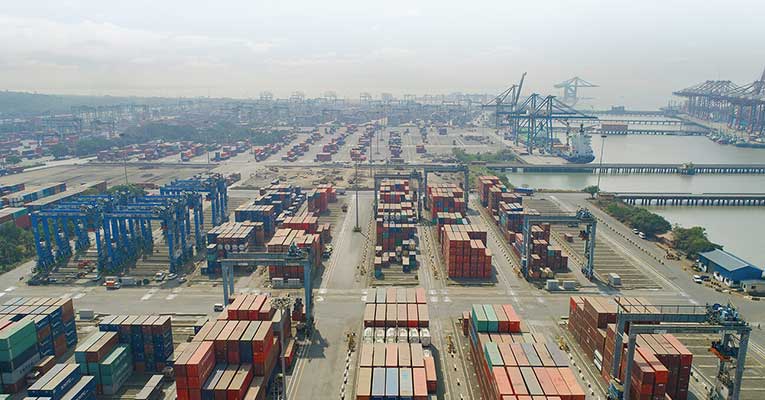 Trading Across Borders Indicator records the time and cost associated with the logistical process of exporting and importing goods. It measures the time and cost (excluding tariffs) associated with three sets of procedures—documentary compliance, border compliance and domestic transport—within the overall process of exporting or importing a shipment of goods. Number of measures like modernisation, mechanisation and digital transformation such as Direct Port Delivery, Direct Port Entry, Port Community System (PCS1x), installation of container scanners and RFID (Radio-Frequency Identification)system, doing away with manual forms etc. have been taken to reduce time and cost in EXIM trade and improve Ease of Doing Business

Major ports are working vigorously in implementing such digital high-tech solutions to ease the flow of cargo from the ports. The major challenge is taking all the stakeholders on-board to make the whole ecosystem work efficiently. We are continuously organizing roadshows and stakeholder meetings & consultations to overcome this challenge so that every stakeholder understand the system and see huge value in adopting the same.

The Ministry of Shipping has turned its focus towards maritime tourism to promote domestic and international tourism. Some of the recent steps to rekindle the sector include:

Sustainability of the PPP model
PPPs are contractual means to deliver public assets and public services. A contract may fail for many reasons. A good number of them are naturally related to the PPP characteristics and even to the essence of the project itself. But the contract should be ready to tackle many risks which can affect a project and are unavoidable most effectively and efficiently. PPP fails when it does not properly allow the parties to deal with such circumstances; this creates unbalanced situations or produces early contract terminations that could otherwise have been avoided.

Also, value for money has to be protected and maximized through the preparation and implementation process, and throughout the life of the contract. This involves proper management of the process, with suitable capabilities and resources, as well as the need to follow standard approaches and good practices. To make PPP model sustainable for ports, government over the years has been continuously reforming the policies and guidelines in consultation with all the stakeholders and has been very empathic to the need and demands of the private sector. Already the government has amended the Model Concession Agreement which was approved by the Cabinet during January 2018 to obviate the problems being faced in execution of PPP Projects on account of certain provisions of the earlier MCA. Also, the government is drafting guidelines for dealing with Stressed PPP Projects at Major ports.

Further, measures taken for improving efficiency and reducing the time to export through technology can boost trade through Indian ports. Rationalizing the tariff structure and discount methods at Major ports can also have a huge impact on the growth of EXIM trade at these ports.

The Ship Recycling Act, 2019 ensures environment-friendly recycling process of Ships and adequate safety of the yard workers. This Act paves the way for more global ships to enter into Indian Shipyards for recycling and boost employment and business opportunities. Now, ships to be recycled in India will need to obtain a ‘Ready for Recycling Certificate’ under the Hong Kong Convention. Hoping for increased business, a large number of Recycling plots, especially at Alang in Gujarat, are also gearing up and obtaining Statement of Compliance (SOC) with the Hong Kong Convention. India is a leader in the global ship recycling industry with a share of over 30 per cent of the global market. After this act the share is expected to grow up to 60% in coming years as countries which earlier didn’t use to send their ships to India for recycling, citing environmental and safety concerns, will start doing so. Thus, this Act will increase the brand value of Ship Recycling yards of India.

Government support to ensure ports’ growth
The priority for the government and ports is to expedite on-going projects and bring in more investments into port-led development programme under Sagarmala. Also, the major ports are taking a huge leap in digitization and automation transformation. These measures would help Indian Major Ports compete with global ports and facilitate both EXIM and domestic trade.

To ensure the efficient and expeditious working of major ports, it is very necessary to overhaul the administrative setup of the port trusts. The Government is pushing for a new ‘Major Port Authorities Bill’ to pass from the Parliament to modernize the institutional structure of the Major Ports so that they are in a position to perform efficiently in the competitive port sector and provide greater autonomy to Ports. I expect this would be done in the next session of parliament. Further, the government needs to make efforts and come up with a coherent policy for expediting long-pending environmental clearances for projects taking along the state governments as per the NGT guidelines. Delay in such clearances not only affect the project implementation but also dampens the investors’ confidence. 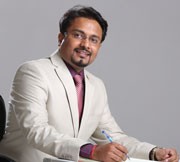 Dr Abhijit Singh is the executive director of IPA, an association that acts as a think tank to the Ministry of Shipping, and also hailed as the Centre of Excellence (CoE) helping major ports achieve eminence in their operations & management thus contributing to the growth of the economy and the country at large.

The views and opinions expressed in this article are those of the author and do not necessarily reflect the views of Indian Transport & Logistics News.