Home > Logistics > One year of GST - Has it really been a game changer for the Road Logistics Sector?
Logistics

One year of GST - Has it really been a game changer for the Road Logistics Sector?

It is almost a year since the implementation of the Goods and Services Tax (GST) which was implemented in July 2017. The effect of the GST has been largely positive for the roads logistics sector and has led to several benefits. 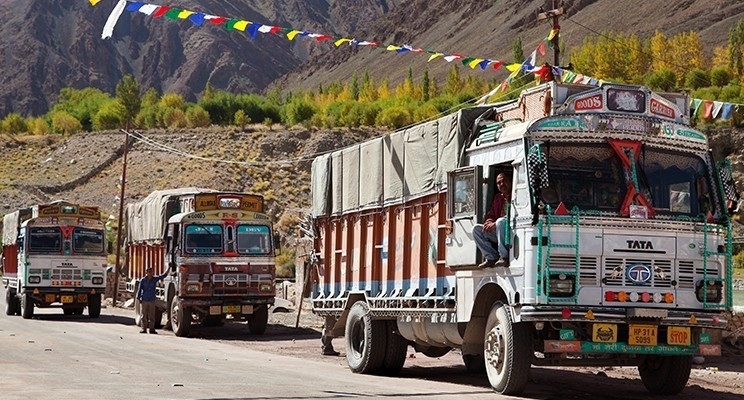 It is almost a year since the implementation of the Goods and Services Tax (GST) which was implemented in July 2017. The effect of the GST has been largely positive for the roads logistics sector and has led to several benefits. As per ICRA’s comprehensive survey covering approximately 50 transport companies pan-India and 15 consumer-oriented companies across various sectors, the findings have been encouraging, though a lot remains to be achieved. The rating agency conducted a comprehensive check to understand the on-ground impact of GST on the sector. In a detailed conversation, Shamsher Dewan, Vice-President, ICRA talks about the expectations and the output.

What were the expectations of the Indian Road Logistics Sector from the implementation of GST?
Overall the expectations were encouraging. The implementation of unified tax regime in the country, GST, was expected to have a significant impact on the road logistics sector. The abolition of state-level VAT check-posts was expected to result in faster turnaround for trucks, while the greater compliance requirements would trigger a shift towards organised players. There were also expectations that post GST, companies across sectors would look to consolidate their warehousing network thereby bringing in efficiencies in overall supply chain management.

With GST having been implemented for almost a year now, we conducted a comprehensive channel check with approximately 50 transport companies pan-India and 15 consumer-oriented companies (across various sectors) to understand the on-ground impact of GST on the sector.

Over the past one year since the GST implementation, has there been perceptible reduction in the turn-around time?
As was expected, the removal of inter-state check-posts has resulted in significant reduction in waiting/idle time for trucks, thereby improving their turn-around time and efficiencies, as confirmed by 60 percent of transporters that we interacted with. As per ICRA estimates, so far there has been about 18-20 percent improvement in turnaround time because of GST. The impact has been more pronounced in a few states such as Kerala, West Bengal, Maharashtra, Madhya Pradesh and Bihar, which were earlier known for notoriously high waiting time spent at their inter-state borders.

How has been the trend on warehouse consolidation? Have the companies really looked at/or are looking at revamping their supply chain networks?
There has been a mixed trend observed on warehouse consolidation. While logistics efficiency is certainly a key factor influencing the location of warehouses, other sector-specific nuances have also influenced the extent and pace of consolidation in each sector. For example, a leading tile manufacturer stated that it was able to consolidate majority of its depots, while for an FMCG company that we interacted with, less than 10 percent of depots have been consolidated. So really, it has varied from sector to sector and company to company.

To elaborate a little further, sectors like FMCG and consumer durables have reported limited consolidation, as maintenance of de-centralised warehouses remains necessary to ensure product availability and timely customer servicing. On the other hand, sectors like tile manufacturing, which have a more predictable demand which can be served from a centralised location, have already consolidated their warehouses.

Overall, close to 50 percent of the consumer-oriented companies that we interacted with indicated that their warehousing network has not been consolidated, while the remaining indicated that consolidation has either happened or is in process. Furthermore, many companies are interacting with supply chain management companies who would help them redesign and revamp their networks going forward.

So, overall what has been the experience of the logistics sector with GST? Are they seeing some costs savings which would help in bringing down logistics costs in India from the current levels of 13-14 percent of GDP?
The full benefit GST on the road logistics sector and the costs savings due to reduced transportation, warehousing costs and the associated efficiencies is expected to be realised over the longer-term. Only 10 percent of the transporters we interacted with indicated that their overall costs have reduced post GST implementation, while more than 40 percent suggested that costs were increasing. Higher compliance costs related to GST due to technological upgradation, up-skilling of workers, penalty charges etc. have added to the cost-burden of transporters, which coupled with the increasing diesel prices, have taken a toll on their profitability.

In spite of these short-term pains, it is certainly expected that the reduction in truck turn-around time and setup of efficient warehousing networks would improve the overall efficiency in the system and bring about a reduction in logistics costs. However, this would be realised over a longer period only.

What is your take on E-way bill?
E-way bill, which got implemented from April 2018, has been received positively by the transporter community. Around two-thirds of transport companies we interacted with reported that operations have become more systematic, and there is significant time savings and paperwork reduction due to the digitization of processes. Although few companies faced difficulties due to teething problems like technical glitches, limited awareness etc. the overall response to E-way bill has been positive.