July 11, 2019: Nowhere Networks is attempting to digitalise the oceans by building a complete broadband network with 100 times higher capacity to a fraction of the cost compared to satellite connection. 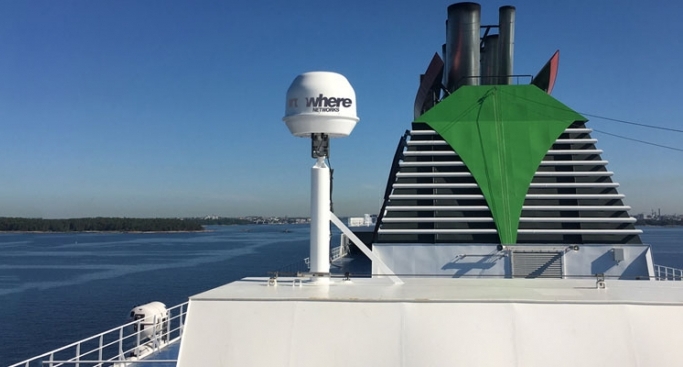 July 11, 2019: Nowhere Networks is attempting to digitalise the oceans by building a complete broadband network with 100 times higher capacity to a fraction of the cost compared to satellite connection.

More than 15 million passengers a year travelling on the Baltic Sea are involved in creating this large network. Already there is coverage from Stockholm as well as Visby to Helsinki and Tallinn.

“This is just the beginning. By the end of the year we will cover traffic to Turku, Riga and Oskarshamn. At the current rate, we will have digitalised the entire Baltic Sea by the end of year 2020. This means that ships and travellers can be fully connected at the same speed and with the same stability as on mainland,” said Asbjörn Frydenlund, CEO of Nowhere Networks.

To achieve long reach and high capacity, Nowhere Networks uses highly positioned heavy-duty antennas on land and on ships. It ensures high speed and fast response time. It is the same technology that mobile operators use to link their mobile masts, but with moving targets in the form of ships. They combine their moving and stabilised antennas with cloud-based software that constantly monitors, adjusts and ensures that the ships get the best possible connection. The software continuously learns what is best for all vessels and builds up its intelligence over time.

“The demand for safe and cost-effective broadband is enormous. This is a breakthrough that now makes it possible to work, surf and manage social media the same as on land. We build broadband capacity on ships at a level that nobody had thought was possible,” said Asbjörn Frydenlund, CEO of Nowhere Networks.

The shipping company Rederi AB Eckerö has used the Nowhere Networks radiolink technology for approximately a year on the line between Grisslehamn and Mariehamn. After a short while they decided to expand the solution to cover all passenger ships in their fleet.

“The need for data capacity is constantly increasing and the combination of sufficient reach and high capacity is a challenge. After evaluations we have now chosen the solution that we believe will provide the best capacity. The projects have run smoothly and we are approaching our goal of having a stable and fast broadband to all passenger ships in our fleet. Cost-effectiveness is important and the fact that vessels operate on routes where other shipping companies also have the same interest in fast broadband is an advantage,” says Kenneth Påvall, IT infrastructure manager at Rederi AB Eckerö.

Nowhere Networks started in 2017 with the idea of creating a radio link system for ships that would reach over 50 km from the coast with the highest possible capacity and which could be scaled up through normal sales and distribution.