Container capacity deployed in the four-week period in 2022 on the Asia-North America West Coast is 1.29 million TEUs, a massive 300,000 TEU higher than the 2016-2019 average deployment, according to the latest analysis by Sea-Intelligence. 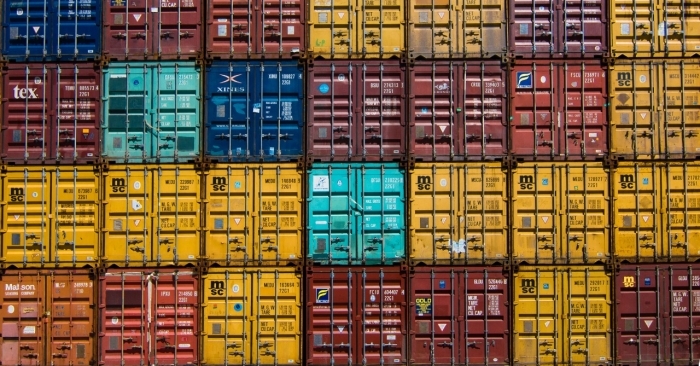 January 27, 2022: Container capacity deployed in the four-week period in 2022 on the Asia-North America West Coast is 1.29 million TEUs, a massive 300,000 TEU higher than the 2016-2019 average deployment, according to the latest analysis by Sea-Intelligence.

Sea-Intelligence looked at the capacity deployment data from its Trade Capacity Outlook report to see how the currently scheduled Chinese New Year 2022 capacity compared to the previous years.

"We analysed deployed capacity across a four-week period i.e. the week in which Chinese New Year (CNY) falls, and the proceeding three weeks," says Alan Murphy, CEO, Sea-Intelligence. "While the main objective of the analysis was to compare the deployment in 2022 with the 2016-2019 average, we also compared the contraction in supply during CNY (plus initial onset of Covid) in 2020 with that of the US West Coast labour dispute in 2015 to see how the current disruption compares to the last major disruptive event.

"The capacity drop during those four weeks around CNY was sharper in 2020 than in 2015, indicating a higher level of disruption due to the outbreak of Covid. Interestingly, the Asia-Mediterranean trade lane was also impacted by the vessel delays arising due to the US West Coast labour dispute with deployed capacity having dropped below the 2016-2019 average."

Given that we are now a week away from CNY, additional blank sailings will not change the picture that much, Murphy added.

No decline in congestion, freight blues continue
As many as 99 container ships were backed up across the Los Angeles/Long Beach ports, according to data from Captain J. Kipling (Kip) Louttit, Executive Director, Marine Exchange of Southern California & Vessel Traffic Service Los Angeles and Long Beach San Pedro, CA. The 99 ships backed up includes seven ships at anchor or loitering inside 40 miles from the ports of LA/LB plus 92 slow speed steaming/loitering outside the Safety and Air Quality Area.

The Asia-US West Coast prices increased two percent to $15,485/FEU. The rate is 255 percent higher than the same time last year, according to the latest update from Freightos.

The Asia-US East Coast prices were unchanged at $16,781/FEU, and are 191 percent higher than rates for this week last year.

"Supply chain delays and COVID restrictions combined to slow operations at Yantian this week. Delayed arrivals have left exports piling up in the container yard. As a result, exports are now allowed at the port only a few days before departure while testing requirements have slowed trucking operations. Similar restrictions on drivers are contributing to congestion in Tianjin, with growing delays reported in Shanghai and Dalian as well."

With the Lunar New Year holiday about to begin, rates will most likely stay level for the next couple weeks, the report said.

There had been a relatively stable premium for sailing to the U.S East coast rather than the West Coast and Midwestern rail ramps, says Xeneta in its weekly rate update.

"However, as extreme market conditions have taken over in the past twelve months, the relationship between rates has changed. For example, the premium between the USEC compared to USWC has widened. In 2018 and 2019, it cost an average of $1 150/FEU more to send a 40” container to the east coast. On 24 January 2022, the premium stood at more than double that level at $2,750/FEU.

Congestion, dwelling vessels pile up on both East and West coast ports with Charleston becoming the newest port to see a severe spike in congestion, says Flexport in its weekly update.

"Shippers with urgent cargo, or those working to replenish depleted inventories are willing to pay premium rates for scarce space although some softening is expected to be seen post-CNY due to uncertainties surrounding when production will resume at origin. Overall though, demand is expected to remain strong in the coming months on TPEB."