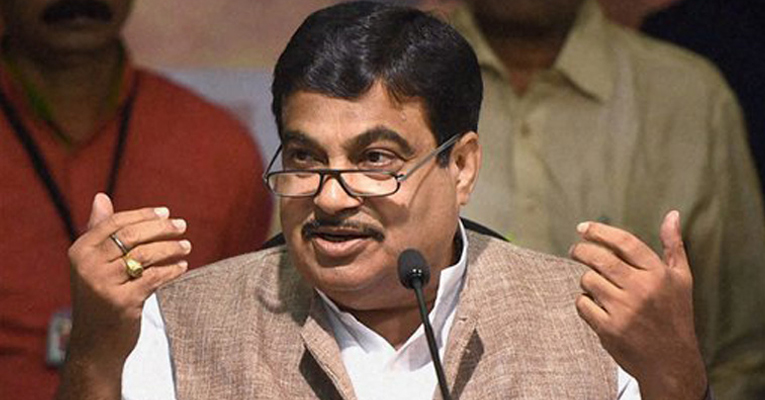 October 3, 2017: The Union Minister of Shipping, Road Transport & Highways Nitin Gadkari and Maharashtra Chief Minister Devendra Fadnavis recently performed the bhoomi poojan ceremony of the Wardha Dry Port at Sindi (Railway) in Wardha, Maharashtra. The dry port is being developed by the Jawaharlal Nehru Port Trust (JNPT) in a bid to cater effective logistics services to the industries in Vidarbha region and improve cargo throughput at the port. Dry port, also called inland port or multi-modal logistics centre, is an inland terminal connected to a seaport by rail or road.

Explaining the working of the dry port, Gadkari said that the port will help exporters to complete all formalities at Sindi itself and eliminate the need to reach JNPT. The goods then will be loaded into railway wagons and sent to JNPT.

The union minister also announced that the dry port would be connected to Nagpur-Wardha Road by a four-lane road.

The proposed dry port is estimated to generate traffic of almost 7,000-9,000 TEUs in next 5-7 years. The traffic is expected to ramp up gradually to around 30,000 TEUs in medium term (by 2030) considering the geographical location advantage, upcoming road and railway connectivity, increased focus on warehousing and other ancillary industries in the region. The Ministry of Shipping also said that the project is expected to attract a direct employment of at least 1000 persons. The project would have the necessary facilities as one-stop shop for the EXIM based industries such as customs clearance facilities, Container Freight Station, Warehousing Space, Cold Storage, Liquid Storage, truck terminals etc.