March 17, 2021: The American airline National Airlines announced the appointment of Nihal Wickrema a veteran from Emirates Sky Cargo, as their vice president of strategy & revenue optimization. 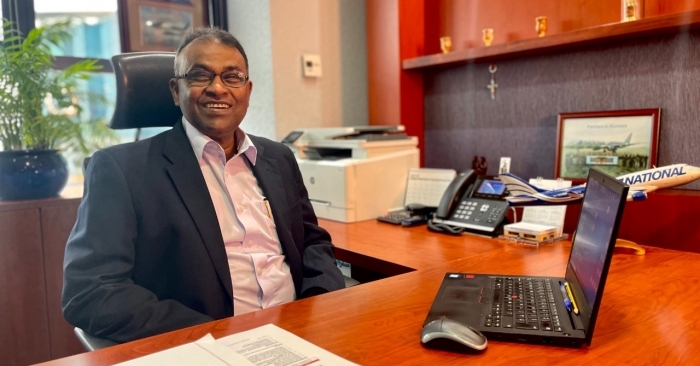 March 17, 2021: The American airline National Airlines announced the appointment of Nihal Wickrema a veteran from Emirates Sky Cargo, as their vice president of strategy & revenue optimization.

“An operational strategist by nature with over 30 years of experience across cargo charters & freighter operations, Nihal has held various key positions in different capacities throughout his career,” said the release.

Nihal joined Emirates Sky Cargo in the early 90’s, where he grew to become one of their key architects who designed and implemented processes and controls for freighter operations. Almost three decades later, Nihal Wickrema became a renowned name in the region amongst the top players in the industry. His overall operational experience boasts of a wide range of aircraft types such as the B777, B747, B707, B727, A380, A310, A330. Besides these, Nihal comes with in-depth knowledge in capacity control and was instrumental in the establishment of the trucking network for Emirates Sky Cargo.

Jacob Matthew, National air cargo president & board member, said, “Nihal’s multi-dimensional experience & leadership qualities will benefit National Airlines in the long run. Being a global carrier, we look to expand into various verticals and Nihal will be a key resource for both our short- & long-term goals.”

In the past, Nihal also worked as a Licensed Aviation Instructor at Air Lanka (now Sri Lankan Airlines), prior to joining Emirates. With a rapidly expanding fleet of B747s at National Airlines, Nihal will be stationed at the corporate headquarters in Orlando, Florida.