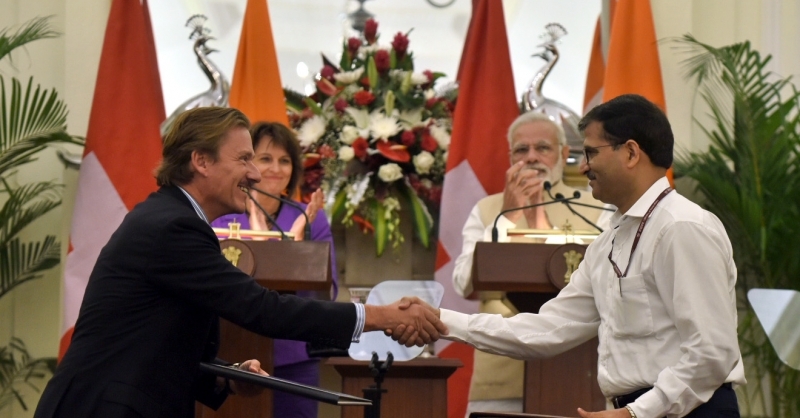 The first MoU is between Ministry of Railways and Federal Department of the Environment, Transport and Communications of the Swiss Confederation for technical cooperation in Rail Sector. This was signed in the presence of Prime Minister Narendra Modi and the President of the Swiss Confederation, by Ashwani Lohani, Chairman Railway Board and Dr Andreas Baum, Swiss Ambassador to India.

The MoU is a follow up on bilateral cooperation in Rail sector discussed in the meeting held between Minister of Railways Suresh Prabhu and Swiss Ambassador in July 2016.

The second MoU is between Konkan Railway Corporation Limited (KRCL) and Swiss Federal Institute of Technology (ETH) Zurich. This was signed by Sanjay Gupta, CMD/KRCL and Sarah Springman, Rector, ETH Zurich. This will help Konkan Railway in establishing the George Fernandes Institute of Tunnel Technology (GFITT) at Goa especially for assimilation and dissemination of knowledge in the field of tunneling. GFITT aims to not only train KRCL’s own manpower for its tunneling projects but also wishes to generate qualified and trained personnel for the benefit of other government organisations, private sector and even foreign organisations to bridge the huge gap in levels of knowledge and qualified manpower required to meet the key segment of infrastructure development in India.