Maersk suspends ME1, connects ME2 to India and revamps AE1 & AE7 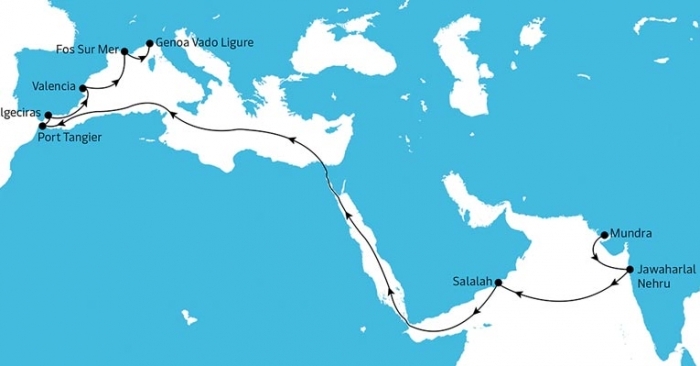 "The North Europe and West Mediterranean regions will be served via Maersk’s AE1 and AE7 services which offer a direct connection with Salalah and Colombo. As a result of the changes, the ME1 service will be suspended without impacting the capacity in the network. This will also reduce the need for ad-hoc blankings in times of volatile demand, which will provide greater supply chain predictability on these routes going forward, " noted the release.

The updated network will connect more cargo via the Maersk hub in Colombo (Sri Lanka), allowing customers to do consolidation from different origins and better connect their cargo from both Asia and West Central Asia. No impact on capacity in the network.

Johan Sigsgaard, head, Europe and Middle East trades, A.P. Moller - Maersk, said, “To meet changing customer needs, we have reviewed our service network and identified opportunities to create new solutions for how we connect Europe and the Middle East & Indian Subcontinent region. Through increased flexibility and connectivity these changes will offer new, interesting ways for our customers to connect their supply chains both from an import and export perspective."