June 1, 2018: Maersk Line, the global container division of the Maersk Group has commenced its new office in Kathmandu, Nepal from June 1. Though Maersk Line has marked its entry into the Nepal market over 20 years ago, the rapid growth of trade in the region gives an opportunity to serve its customers better by being closer to them. 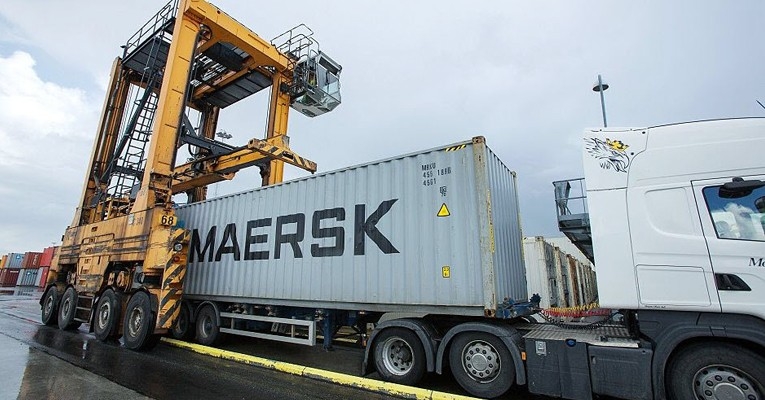 X
Maersk Line is the global containerised division of the Maersk Group
Our Correspondent1 Jun 2018 11:46 AM GMT

June 1, 2018: Maersk Line, the global container division of the Maersk Group has commenced its new office in Kathmandu, Nepal from June 1. Though Maersk Line has marked its entry into the Nepal market over 20 years ago, the rapid growth of trade in the region gives an opportunity to serve its customers better by being closer to them.

Commenting on this announcement, Steve Felder, MD, Maersk Line (India, Sri Lanka, Bangladesh, Nepal, Bhutan and Maldives), said, “As promised last year, we have opened our new commercial office in Nepal to facilitate the ease of doing business here. The Nepal economy has tremendous potential and we will continue to invest in this market. Our focus has always been to enable trade through integrated and reliable logistical solutions and build long-term trade partnerships.”

Q1 Trade Report
Adding on to a positive note, Maersk has recently released its Q1 trade report which posts tremendous growth in India. Felder said, ”Weaker rupee and improvement in GST refunds have benefitted India’s exports. The environmental interventions in China and recovery from demonetisation drives uphill growth of recyclables. These factors have contirbuted to propel India’s overall trade growth to jump 11 percent.

The spirited uptick in Q1 2018 has beat the country’s past performance in export-import growth over eight quarters. Imports witnessed a material increase of 16 percent, with exports growing hand-in-hand at a pace of 7 percent. The key contributor to import growth during this period was dry cargo, which went up by 22 percent. Recyclables, viz. paper and metal, were the two dry cargo commodities that led to this growth and registered strong 61 percent and 55 percent increases, respectively. A large portion of these commodities came to India from North America and Europe, and helped North and West India imports rise by 36 percent and 13 percent, respectively.

Similarly, the export side has seen a rocketing demand for Indian made vehicles in Turkey, and Indian fruits and nuts in UK and UAE, pushing growth to 7 percent. At 18 percent export growth, Indian made vehicles gained demand across Africa, Latin America and Turkey. This was largely led by the two-wheeler and three-wheeler segments.

Vehicle exports were largely driven by Western India, which clocked an impressive 71 percent growth, up from 13 percent last year. On the import side, vehicles from Germany registered a strong uptick with imports coming into South India which is one of the major auto assembly hub for the industry. Overall automobile imports to this region saw a significant turnaround going from a contraction of 12 percent last year to a robust 28 percent growth in the corresponding period this year.

The export performance of India’s four regions shows that East India saw the highest decline in exports this year at -6 percent growth. This was the result of a significant fall in the metal segment (mainly aluminium, ferro and steel) and rice exports originating from the region. These are estimated to have dropped by 12 percent and 20 percent, respectively. In contrast with Q1 last year, East India led the country’s overall export growth at 29 percent. The region’s metal exports fell across all its key destination markets, while the highest drop in rice exports was witnessed in the Mediterranean and West Africa markets. On the other hand, imports of pulses into East India saw an upward climb, particularly chick peas and yellow peas from Canada and Turkey.

India’s overall reefer trade growth slowed on the export as well as on import side. However, a strong increase was registered by exports of commodities like pharmaceuticals to North America and grapes to North Europe. On the import side, inflow of reefers slowed. This was due to a slowing growth from Mediterranean countries (8 percent up, from 82 percent up last year) and contraction of 33 percent from North Europe (compared to a 35 percent increase last year).

With large trading economies such as China and US sparring over their trade relations, India as well as other emerging countries are expected to witness strong inflows of select commodities in the coming quarters.