Maersk carrier runs aground off Germany

Danish carrier A.P.Moller-Maersk confirmed that Mumbai Maersk, with a capacity of 19,630 TEUs, ran aground outside Bremerhaven, Germany. 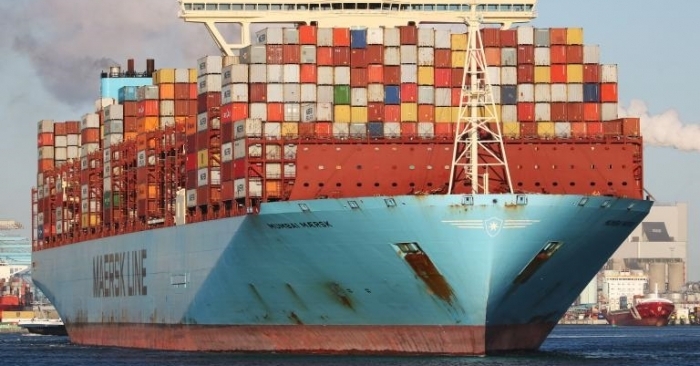 February 3, 2022: Danish carrier A.P.Moller-Maersk confirmed that Mumbai Maersk, with a capacity of 19,630 TEUs, ran aground outside Bremerhaven, Germany.

"All crew are safe, there is no pollution and no sign of hull breach. The vessel is on ground on a shallow patch and the entrance to the port is not obstructed," an official statement said.

A first attempt to free the vessel has been performed unsuccessfully. "Extra tugs are being deployed and a new attempt is expected when they are in place at the coming high tide around midnight on February 3. All affected customers are being informed."

Mumbai Maersk was built in 2018, and sails under the Danish flag.

Jensen added that Maersk has stated the location of the grounding is not obstructing the entrance to the port. Hence the problem is "only" a problem for shippers relying on cargo either on the vessel or scheduled to be loaded on the vessel but it does not in itself lead to a major domino effect into the industry-wide congestion issues.