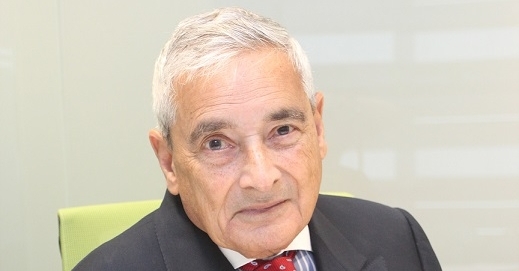 Founded By Dr. Ravi K. Mehrotra, CBE, an Indian citizen, who continues to oversee operations as executive chairman, the Foresight Group has long-standing operations in India across offshore and onshore drilling. The Group has three offshore jack-up rigs operating for ONGC and one land rig operating for Oil India.

He started his shipping career with SCI in 1964 as a qualified marine engineer. In the course of his innings with the SCI, he was deputed by the Indian government to spear-head Iran-o-Hind, SCI’s joint venture with the Government of Iran from 1974 to 1984.

Dr. Mehrotra left SCI in 1984 to start the Foresight Group from London. Over the last 36 years, the group has emerged as a global conglomerate with interests in shipping, offshore and onshore oil drilling, port and gas infrastructure, manufacturing and branded retail with operations spread across UK, UAE, China, India and Singapore.

Dr. Mehrotra, said, “The three international entrepreneurial shipping companies have come together with a unified belief in India’s long-term development and growth and we intend to develop the SCI into a global formidable shipping company.”

Foresight also operates two jack-up rigs for Abu Dhabi National Oil Company in UAE and oil Tankers for Exxon Mobil. The Foresight Group has owned and operated various categories of ships around the world including refers, tankers, bulk carriers and container ships. In 2020, the Group also received the LoI for the development of Bhavnagar Port to build the world’s first CNG terminal and chemical terminals in a joint venture with Mumbai-based Padmanabh Mafatlal Group.