FROM MAGAZINE : Logistics beyond tomorrow

There has been a paradigm shift in the way logistics is perceived. The future calls for gravity defying logistics. Logistics was considered as a mundane activity but it will be an amalgamation of frontier technologies like robotics, aerospace technology and artificial intelligence, writes Sabyasachi Mukherjee. 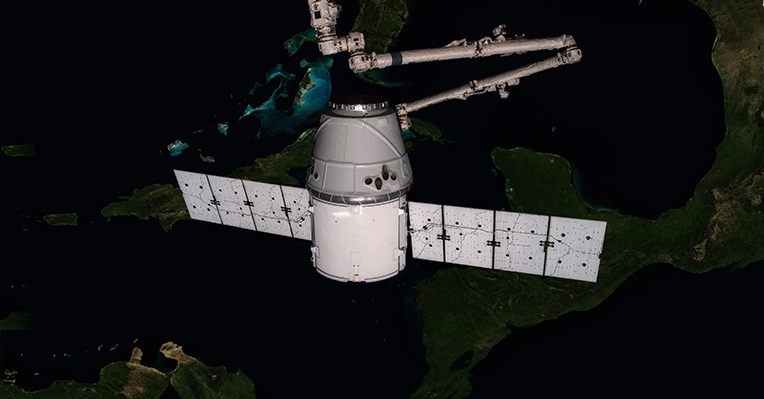 There has been a paradigm shift in the way logistics is perceived. The future calls for gravity defying logistics. Logistics was considered as a mundane activity but it will be an amalgamation of frontier technologies like robotics, aerospace technology and artificial intelligence, writes Sabyasachi Mukherjee.

Ever imagined how the world has shaped up in past 100 years. The milestones of progress that we have traversed so far, herald bigger things on the horizon. Some of these accomplishments were unimaginable a century back. Sometimes “subtle” and at times “notable”, the technological advances made, paves way for the next revolution of mankind’s quest for a better tomorrow.

The world is not enough, sky’s the limit!
It seems delusional. So were electricity, aeroplane, internet and cell phones a few decades back. As it is rightfully said, that existence and nurturing of life on earth is a temporary phenomenon. At every interval, life was exterminated from earth. It is also true that earth has finite resources, reserves and over exploitation of the same might bring about irreversible changes to the ecosystem. Soon we will reach a point where we have to start procuring these resources from other sources like near earth objects, asteroids and planets in order to satiate our ever increasing demand. Call it an existential threat or pure economic need we have to move out. After all we are nomads of the cosmos.

What does the outer space hold for us?
The global gross domestic product stood at $77.99 trillion in 2017. The most valuable known asteroid is worth about 15 quintillion which is 192283 times our current global GDP. 16 Psyche, an asteroid has a surface which is 90 percent iron and it’s valued at $10,000 quadrillion. That volume and value of iron will be enough to satiate our thirst for many decades provided we could exploit that resource.

Extraction and manufacturing in space
Extraterrestrial mining and processing is easier than we perceive. In fact microgravity, hard vacuum and extreme of temperature range in space is ambient for production of many products which could include new exotic stuff unknown to us till now. Many hazardous processes can be performed in space without jeopardising earth’s delicately balanced environment.

The outer space has very few rules and obligations as of now. Corporations could use this opportunity to produce things which otherwise are prohibited or highly regulated in a specific country. Provided it does not bear any detrimental effect to and on the space environment at large. In terrestrial production we had concepts like SEZ, FTZ etc. which provided relaxed rules and better infrastructure for trading and production. In future production lines would be in earth’s orbit where there would be fewer rules.

Raw material could be lifted from any body or object within the orbit instead of being transported from earth. Only extraction and transportation costs would be involved. The cost of the material as such will not exist. Expansive solar panels can be made and assembled as the structure will not need any load bearing support as experienced on earth. Huge arrays can be deployed and the energy generated could be used for manufacturing or processing or powering the habitat and the residual could be beamed down to earth. Microgravity environment allows possibilities of construction on massive scale. The potential playing fields are space elevators, high capacity spacecrafts, habitats for sustaining population in space with earth like conditions.

Time to go vertical “Extraterrestrial Logistics”
What does all this translate in terms of logistics? Transporting men and material to and from the LEO (Low Earth Orbit 160-2000 Kms from earth’s surface), NEO (near earth objects) and planets. This will open up newer dimensions of logistics which has never been perceived before.

Today the cost of hauling a one kilogramme object in LEO, ranges from $15,000 to $20,200. The cost of one kilogramme of gold is $48,700 approximately. Hence, the comparative cost of putting an object would be equivalent to the price of half the payloads weight in gold. That makes space transportation lucrative.

On the other hand in terrestrial logistics a dry bulk carrier transporting 80,000 tonnes of cargo makes a profit of $4,000 a day considering a voyage of 15 days. It would not even make one cent of profit for transporting one kilogramme of cargo. And in air transport perhaps the profit would be few cents a kilogramme.

Once the activity of hoisting to LEO is done there are marginal expenses of operating a production line in space. The raw material and the energy come at minimal price. The segment of “space logistics” which now is in the infancy stage will multiply manifold and it will surpass all the forms of conventional logistics once the concept matures. Some companies are already taking this opportunity seriously and some are still finding the idea to be nebulous.

There has been a paradigm shift in the way logistics is perceived. The future calls for gravity defying logistics. Logistics was considered as a mundane activity but it will be an amalgamation of frontier technologies like robotics, aerospace technology, artificial intelligence, etc with adaptability to function under microgravity, extreme temperature and hard vacuum of space and the works.

Currently the conventional logistics industry faces challenges in managing and processing data for tracking and tracing the cargo. But in the future, challenges would be much more complicated in absence of real time data. Any guess why. Well, talking of cosmic distances, for information to travel such a large distance it takes time and as we know there is nothing that travels faster than light. As a result there will always be a time lag between the occurrence of the event and its reporting. We might have to depend only on precise simulations to locate the location of an object traversing in space. There would be challenges pertaining to the kind of propulsion fuel and technology to be used. Right now our ocean going ships and aircraft carry fossil fuel in its belly to propel itself. But in space travel the distances are massive and carrying fuel for the entire journey would reduce the ability to carry payload. Thereon question would arise whether we make lunar bases as transhipment hubs. Or even an Martian base where we could perform refuelling or maintenance activities. If so, how do we man the Lunar and the Martian bases. Do we deploy robots or do we need human presence? For a feasible exploitation and exploration of space it will require a complex interplanetary supply chain. Unlike the launches today where everything is carried along i.e. fuel, food, all kind of supplies. Deep space missions will have to rely on robust and complex supply chain network on earth, in space and on NEOs.

Virgin Galactic is experimenting with manned space missions. SpaceX is already transporting supplies to ISS and it is experimenting in reusing some sections of the vehicle with minimal refurbishment thereby reducing the cost of future launches. We have early starters in the race, by the time the race catches momentum these early starters would be in a much comfortable position in this segment. SpaceX is mastering the art of space logistics and making transportation viable. With which they want to gain a competitive advantage as early starters. They are taking that risk which nobody would like to take. But this is where when one is safe from competition.

As this industry is slowly gathering momentum we have players who noticed the opportunity and taken the plunge. The stakes are high so are the returns. Will the conventional logistics players too, join the race? Will it be easier for them because of their past experience as terrestrial logistics provider? Is it so owing to existing players not wanting to get into the unchartered territory? Being comfortable in the segment they are operating in?

Any business by definition carries an element of risk which gives rise to profit. An opportunity is never missed. If one does not avail of it, someone else in all likelihood does. So if the existing player does not encash the opportunity, the new start-ups will.

The interesting part is that the investment in the conventional logistics business is no less. The cost of operating and owning a sea going vessel or aircraft are enormous and the mega carriers maintain fleets of hundreds of aircraft and vessels.

Is it not the right time to start investing into this new frontier? If SpaceX can do it even when it had no logistics experience what stops the mega logistics players.

Virgin galactic too has positioned itself as strong player and of course it is leveraging on its past experience. Blue Origin, founded by Jeff Bezos of Amazon, is also aiming high.

Terrestrial logistics will not cease to exist. It will continue till humans are present on the face of the earth. The fact remains that there is hardly any opportunity left for logistics industry to function radically as a terrestrial activity and fetch itself supernormal profit. Hence the most pertinent question at this juncture is shouldn’t the investment be in that frontier activity which holds lot of promises.