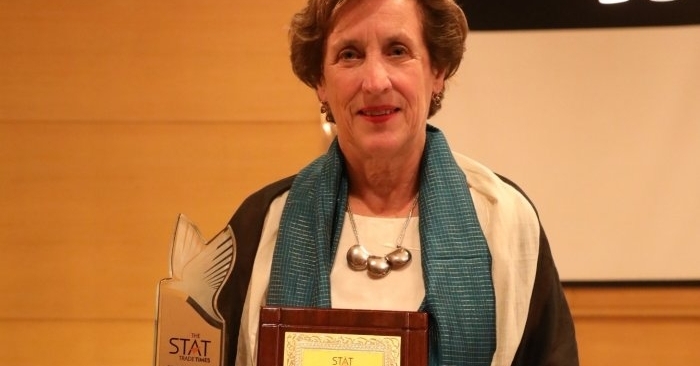 X
What is the legacy she has left behind? Air Canada Cargo%u2019s major routes network are served by wide-bodied aircraft, foray into South American market and a well laid operating procedures for her successors.
Our Correspondent28 Feb 2020 7:29 AM GMT

Lise is an incorrigible optimist. In retrospect, the prospect s of travelling around the world intrigued young Lise, quite naturally, into building a career in the industry. She joined Air France and soon looked after passenger sales.

The spirit of challenge in her prompted her to look for new pastures which came in the form a job in sales and operations of Air France Cargo. Air Cargo division has been a poor cousin of the passenger division, and it was a time when things were changing and Air Cargo was beginning to be considered a significant source of revenue for the airlines— Air France was planning to add Boeing 747 freighters into its fleet to be deployed on the Toronto route. This marked the beginning of her career in the air cargo industry.

The September 2001 attack, 9/11, plunged the aviation industry into deep gloom since aviation was used as a tool for the attack. But opportunities arise from adversities and Lise was offered a job in Air Canada Cargo entrusted with the responsibilities of preparing Standard Operating Procedures, imparting training and maintaining safety and quality as well as of looking after dangerous goods. This was the moment of opportunity for her to learn in details about Air Cargo.

The time was critical for the Air Cargo industry; aviation fuel prices were competing with airplanes in surging into the air. The industry was at an all-time low. In 2008, Lise assumed charge as Managing Director of Air Canada Cargo. Not a situation when anybody would have liked to step into her shoes. The plight of the aviation industry was uniformly bad but she had her task cut out to transform Air Canada as one of the leading cargo airlines in the world.

Lise went about her task by adopting innovative methods in improving customer interface, by employing new technologies to cut costs. In 2011, she became the Head of Cargo Division of Air Canada when she laid great emphasis on innovation.

As Vice President Cargo she had many firsts to her credit some amongst them being: fist to introduce an e-booking tool, first to introduce track and trace App, and first to launch Envirotainers as a solution to move pharmaceutical shipments safely and reliably.

Lise was instrumental in initiating work on RFID solution for tracking shipments at the piece level with the intent of satisfying both security and quality requirements. Before she demitted office she had established a partnership with Cargojet Canada to operate freighters in the South American market thereby enhancing Air Canada cargo capacity.

What is the legacy she has left behind? Air Canada Cargo’s major routes network are served by wide-bodied aircraft, foray into South American market and a well laid operating procedures for her successors. But she is not the one to rest on her achievements. Lise has now plenty of time to devote to causes close to her heart— the education of girls and higher education of young women in developing countries.