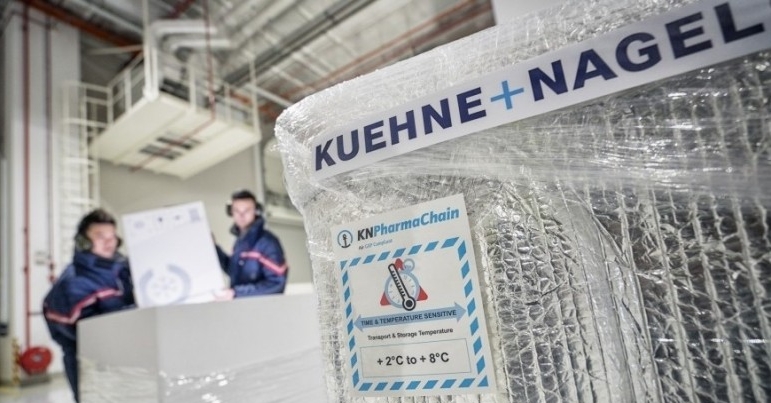 28 February, 2018: Kuehne + Nagel has reported a surge in tonnage in its airfreight division, by 20.4 percent, in 2017. The company’s industry-specific airfreight solutions, for example, the pharma and healthcare or the aerospace sectors have, generated significant growth.

The company has also claimed to have strengthened its leading global market position in perishables logistics with the acquisition and integration of two national market leaders in Kenya and the USA. Strong volume growth in combination with strict cost control and higher productivity resulted in an increase in EBIT by 5.0 percent. With 30.2 percent, the conversion rate remained at the previous year’s high level.

The Kuehne + Nagel Group increased its growth momentum from quarter to quarter in 2017 and achieved new record highs in turnover, gross profit and earnings for the year. It recorded volume growth across all business units. While gross profit increased by 7.2 percent to CHF 7023 million, earnings for the year improved by 2.8 percent to CHF 740 million.

The Kuehne + Nagel Group achieved a net turnover of CHF 18, 594 million in 2017, an increase of 12.5 percent compared to the previous year. This was due to rate increases in sea and airfreight and strong volume growth across all business units. Net turnover increased by 14.2 percent in the Americas, by 12.9 percent in Asia-Pacific and by 11.8 percent in EMEA.

"The consistent implementation of our business strategies resulted in strong volume growth and a clear increase in gross profit. Once again, our integrated business model has shown its strength: The effects of difficult market conditions in one business unit were more than compensated by increased profitability in the other divisions. With our digital solutions we further increased efficiency and improved customer value at the same time. Highlights from the past business year include the seamless integration of four acquisitions which strengthen our leading position in perishables as well as pharma and healthcare logistics. Our new strategic programme is setting the course for the future success of our group with technology- and data-based solutions," said Detlef Trefzger, CEO, Kuehne + Nagel International AG.