July 5, 2019: A long-term voyage contract has materialised between K Line Group and Emirates Global Aluminium(EGA) with the arrival of the first vessel, MV Cape Taweelah, at Port Khalifa, UAE on June 23. 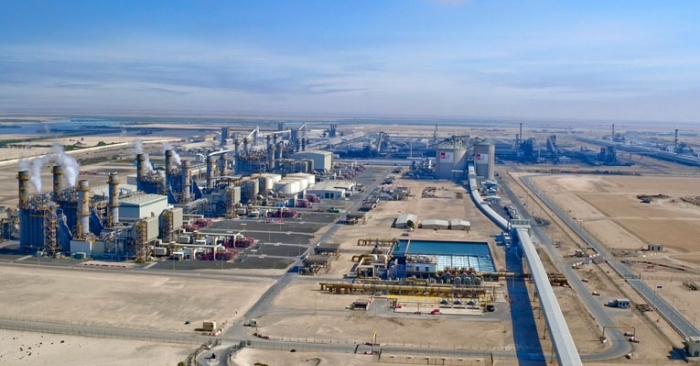 July 5, 2019: A long-term voyage contract has materialised between K Line Group and Emirates Global Aluminium (EGA) with the arrival of the first vessel, MV Cape Taweelah, at Port Khalifa, UAE on June 23. The vessel came from loading port at Kamsar, Guinea. The contract is to carry bauxite in bulk by Capesize vessels.

With a draft of 18.2 metres fully-laden, Capesize vessels are amongst the largest bulk cargo ships in the world.

Kalban said, “The arrival of Cape Taweelah is a landmark moment for EGA, but these huge ships will become a familiar sight at Khalifa Port over the years ahead. We are glad Abu Dhabi Ports addressed our need to bring Capesize vessels to our quay and decided to further develop the capabilities of Khalifa Port, also benefitting trade in Abu Dhabi and the UAE more broadly.”

Captain Mohamed Juma Al Shamisi, chief executive officer of Abu Dhabi Ports said, “Welcoming this Capesize ship at EGA marks another first for Abu Dhabi’s maritime and trade industry, and demonstrates our commitment to ongoing innovation and expansion in response to market and tenant demands. Our investment in deepening and widening the channel has created better business opportunities for all partners, including CSP Abu Dhabi, which recently received one of the largest container vessels at Khalifa Port with a capacity of 21,000 TEU.”