July 3, 2019: Atlas Air Worldwide Holdings, Inc. has announced transitions and appointments that will be effective from January 1, 2020. 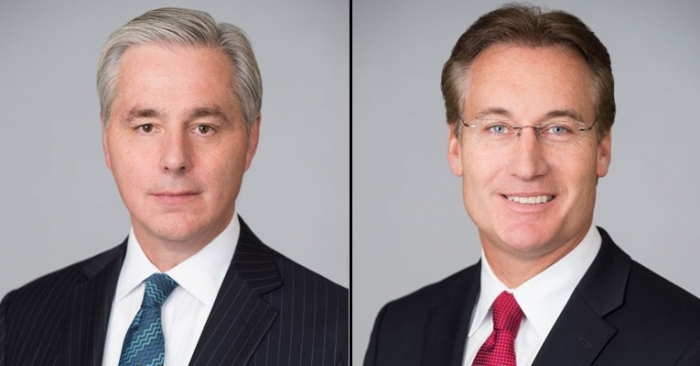 July 3, 2019: Atlas Air Worldwide Holdings, Inc. has announced transitions and appointments that will be effective from January 1, 2020.

“One of our key responsibilities as a board is the implementation of a leadership transition plan to ensure the company’s continued success in the future,” said Agnew.

“Given John’s depth of experience and proven track record of performance, we are confident that he is uniquely suited to take on the chief executive officer role and lead Atlas into its next growth phase. On behalf of the board, I want to thank Bill for his extraordinary leadership. He has built a company that is more dynamic, more profitable, and better-positioned to deliver continued success. Under his leadership, we have grown our fleet, diversified our service offerings, broadened our customer base, and developed a world-class team of talented, customer-focused employees. Bill is well-prepared to have a significant impact as chairman of the Board.”

During Flynn’s tenure, the company has become the leading provider of outsourced aviation services. Key significant achievements include the transformation of Polar Air Cargo with the DHL joint venture; investment in the 747-8F platform; acquisition of Southern Air, which added 777 and 737 operating capabilities to the suite of services; growth in relationships with express and e-commerce customers; expansions with long-term customers; and entry into passenger charter flying. Additionally, the company launched and expanded its dry-leasing subsidiary, Titan, to become one of the leading freighter-centric leasing companies with potential for further growth.

“It has been a great privilege to lead the company through this period of tremendous growth, and strengthen our position as a leader in global aviation outsourcing,” said Flynn.

“I am proud of our dedicated and experienced employees, and the business we have built as a team. For over two decades, John has had an unparalleled commitment to this company and our employees. He also has played a key role in driving our success. He has the visionary leadership and solid expertise needed to usher in a new era of growth. I look forward to working with John, my fellow board members, and the senior leadership team as we continue executing our strategic growth agenda to create long-term value for our customers, shareholders and employees,” he added.

Dietrich has over 30 years of experience in the aviation and air cargo industries, including more than 20 with Atlas Air Worldwide. He has served in his current COO role since 2006, and is responsible for all aspects of the company’s global operations. Dietrich joined the company in 1999 as associate general counsel and was promoted to senior vice president, general counsel and corporate secretary in 2004, which included responsibility for human resources and corporate communications. Prior to joining Atlas Air Worldwide, Dietrich worked for United Airlines for 13 years, serving as a corporate attorney in his last position there.

“I am honoured to have been selected to lead this great company, and continue the strong momentum established under Bill’s leadership. We have an outstanding team of employees and a powerful portfolio of aircraft and service offerings. We are fortunate that Bill will continue to be an asset to our team through his role as chairman. Together with our senior leadership team and talented base of crew and ground staff employees, I look forward to building future growth opportunities," said Dietrich.