January 14, 2021: Jawaharlal Nehru Port Trust (JNPT), handled 459,920 TEUs in the month of December 2020, which is the highest container volume handled in a month, ever recorded in the last twenty months. 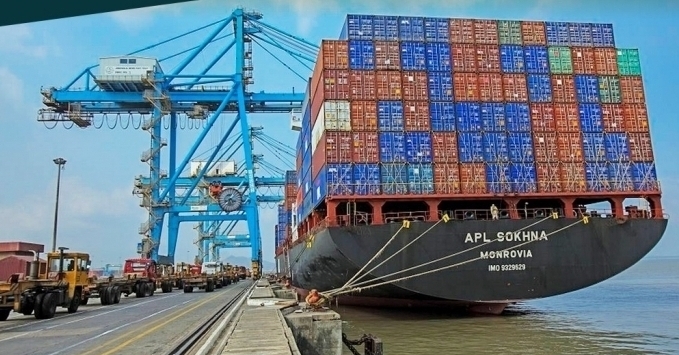 January 14, 2021: Jawaharlal Nehru Port Trust (JNPT), handled 459,920 TEUs in the month of December 2020, which is the highest container volume handled in a month, ever recorded in the last 20 months.

The container traffic increased by 9.90 percent over the same month of last year and the overall traffic grew by 10.04 percent to 6.37 million tonnes from 5.79 million tonnes handled in December 2019.

Sanjay Sethi, IAS, chairman, JNPT said, “CY 2020 has been a challenging year for all of us but we can look back with a certain degree of satisfaction on what we did to keep JNPT up and running and help maintain the supply of essential goods and trade flows critical for the country. I am thankful to all our stakeholders and employees for lending a helping hand as the team effort helped us sail through the pandemic and credit is also due to the Ministry of Ports, Shipping, and Waterways for the swift actions it took to deal with the fallout of the pandemic on trade and transport.”

During the year gone by, the Centralized Parking Plaza became operational, helping in boosting Direct Port Entry, save cost and time for Export Containers. In 2020, the port also received the operational status for India’s First Port-Based Special Economic Zone, JNPT SEZ. JNPT also completed the construction of a coastal berth with the capacity to handle 2.5 million tons of coastal cargo including liquid cargo, keeping with its commitment towards providing world-class amenities to stakeholders and to give momentum to coastal shipping and will immensely boost coastal cargo trade.