JNPT handled 499 container trains in April, highest in any month 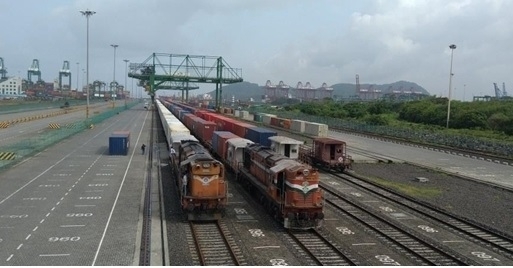 The import container volume of April 2020 is 80 percent of the imports handled in April 2019 and overall throughput is 63 percent of the cargo handled during Apr 2019. JN Port handled a total of 167 vessels in April 2020 and the overall turnaround time on Port a/c improved to 33 hrs from 39 hrs last year.

Sanjay Sethi, IAS, chairman, JNPT said, “In the month of April JNPT handled 499 container trains, making it the highest number of container trains handled in a particular month. This also resulted in increasing the rail coefficient during the month to 22.39 % against the previous FY monthly average of 16.04%. This is a result of the perseverance of our workforce and in time diligent effort and support of all the stakeholder of JN Port. Our commitment towards ensuring that trade doesn’t come to a standstill even during the lockdown and has resulted in JNPT achieving these numbers. The entire family of JNPT will put in efforts to constantly evolve our operational efficiency and the port’s performance by maintaining all the safety protocols.”

In the wake of this crisis, Port has also prepared an action plan for avoiding congestion and created sufficient storage capacities inside and outside the Port. Extended Port gate facility has been made available for DPD containers at Mulund and Boisar. Additional storage capacity has also been created at CWC, Dronagiri node where cargo is being moved through En-block movement.