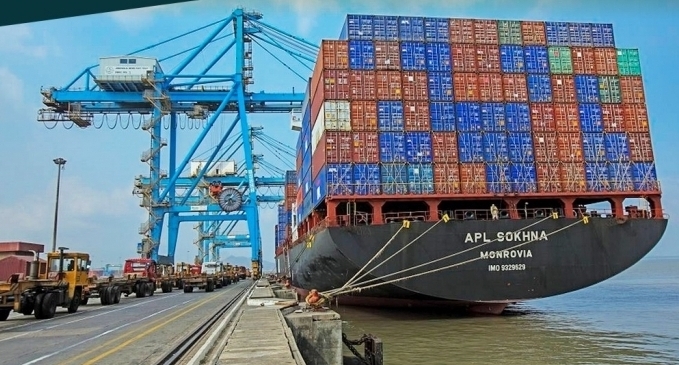 X
JNPT handled 1.92 million TEUs and 797 vessels during the half-year ending Sept 30, as against 2.57 million TEUs handled in the same period of the previous year.
Our Correspondent6 Oct 2020 4:50 AM GMT

Liquid Cargo Terminal
At the liquid cargo terminal, JNPT has been handling essential commodities like LPG, High-Speed Diesel, Motor Spirit and edible oil which is further supplied to the states of Maharashtra, Gujarat, Karnataka, Goa, Madhya Pradesh and Delhi. In September 2020, JNPT handled discharge of 92786 MT of LPG in six vessels, by giving priority and timely berthing to the LPG vessels for the fulfilment of Pradhan Mantri Ujjwala Yojna. Total LPG handled in the current financial year till September is 4, 59,283 MT as compared to 4, 19,562 MT handled in the previous year which is an increase of 9.5 percent.

Sanjay Sethi, IAS, chairman, JNPT said, “At JNPT, various initiatives like Direct Port Delivery, Direct Port Entry, ITRHO, ITT have helped in reducing the dwell time and with the installation of scanners and the Centralised Parking Plaza being fully operational by October 2020, will further improve the efficiency of the port.”