October 26, 2017: Jet Airways to commence its third daily non-stop service between Mumbai and London Heathrow with effect from the forthcoming weekend. The latest frequency to London Heathrow – 9W 116, will depart on Sunday, October 29, 2017 at 0925 hrs (LT) from Mumbai. 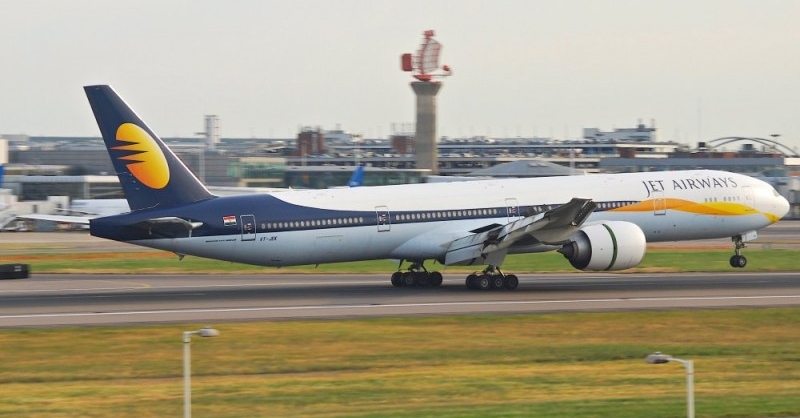 October 26, 2017: Jet Airways to commence its third daily non-stop service between Mumbai and London Heathrow with effect from the forthcoming weekend. The latest frequency to London Heathrow – 9W 116, will depart on Sunday, October 29, 2017 at 0925 hrs (LT) from Mumbai. The flight will arrive in London at 1355 hrs local time. On its return, flight 9W 115 will depart from London Heathrow at 1555 (LT) and arrive in Mumbai at 0620 hrs (LT).

The addition of the third flight from Mumbai to London Heathrow complements the airline’s existing operations to the English capital from its hubs in Mumbai and Delhi, aboard its flagship B777-300 ER aircraft, that offer a comparatively superior and comfortable flying experience. In fact, Jet Airways will become the only Indian airline to operate thrice daily services between Mumbai - India’s economic capital, and London Heathrow – one of the world’s busiest and best airports.

Jayaraj Shanmugam, Chief Commercial Officer, Jet Airways said, "Jet Airways is delighted to offer a third non-stop service between Mumbai and London Heathrow, making us the leading airline on this route. Our latest offering will enable us to capitalise on the demand and popularity of this sector, and together with our codeshare partners, allow us to offer convenience and seamless connectivity to travelers to 14 destinations in North America”

The new flight will also augment Jet Airways’ Cargo capacity on the route by a third, strengthening its presence in both India and the UK market, allowing it to offer the maximum frequency and capacity between Mumbai and London for carriage of commodities such as perishables, flowers, pharmaceuticals, engineering goods, garments and fabrics, foodstuffs, as well as specialised medical equipment, among others. By helping expand connectivity, the flight will promote greater access for cargo, right from London Heathrow to destinations in India, as well as the SAARC and ASEAN regions.