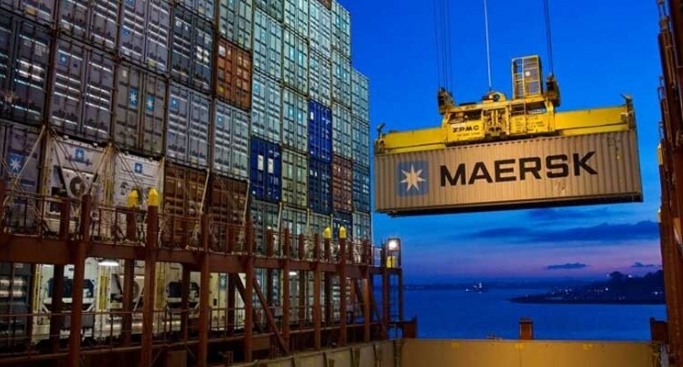 Steve Felder, managing director, Maersk South Asia, “The overall deceleration of trade growth reflects a broad-based slowdown across key economic sectors. Amidst increasing global volatility, a slower local economy and the USA’s withdrawal of preferential access for certain Indian products, India’s import-export trade is expected to continue to face headwinds in the coming months. However, the commerce ministry’s recently proposed export promotion scheme, supported with a production-based support scheme, coupled with a weaker rupee, is expected to boost Make in India and benefit multiple industries. Additionally, India has a great opportunity to position itself as a beneficiary of the global trade tensions, provided it can attract investment, move up the ease of doing business index and reduce costs related to logistics.”

India’s exports to China declined by 20 percent, led by a reduction in demand for India-made textiles & apparel, which were large export commodities in the corresponding period last year. Imports from China contracted more, by 22 percent.

On the other hand, the increasing economic cooperation between India and Saudi Arabia led the latter to emerge as one of India’s strongest export partners in Q2 2019, growing by 74 percent, with vegetables and tiles, stone & glass exports from India leading this growth.

On the bright side, India’s overall trade with North America grew 14 percent, and with Europe a growth of 10 percent in Q2 2019. Containerized trade with the Mediterranean countries was flat, primarily due to a 2 percent contraction in exports.

Whilst India’s export growth with the world stagnated, export growth to North America doubled from the corresponding period last year to 15 percent growth in Q2 2019. This was largely led by North India, which delivered an increase of 18 percent this year as opposed to 1 percent last year. West and South India also contributed to the overall export growth, while growth from East India shrunk.

A large part of this growth can be attributed to textiles & apparels, and metal exports to North America, which rose by 14 percent as compared to the same period last year.

Felder added, “Additional to all the opportunities that lay ahead for India, the government also recognises the importance of global trade which is evident from the creation of a dedicated ‘Logistics Wing’ that will integrate and enhance the numerous elements of the logistics value chain. That coupled with adoption of new technologies such as Blockchain and Artificial Intelligence across the logistics network, and concerted efforts towards the improvement of infrastructure at ports and roadways will ensure last mile connectivity for farmers, MSMEs and small businesses. All these factors combined can help in driving economic growth and trade competitiveness of India.”