March 19, 2021: In 2020, Indian containerised exports contracted in the first half and increased in the second half, consequently posting a full-year marginal growth of under 1 percent as compared to 2019, while imports delivered a full-year 14 percent, as reported by Maersk. 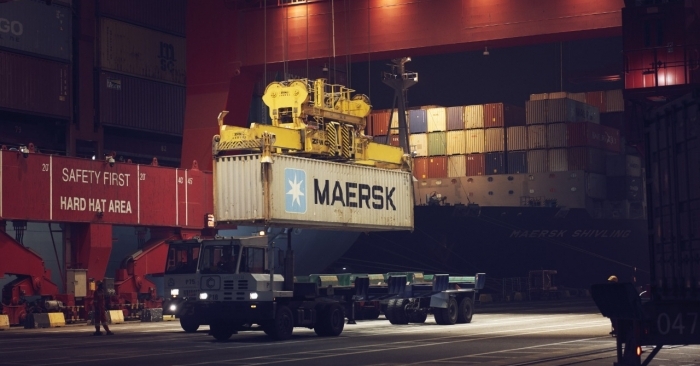 X
Following a lockdown-induced export collapse and subsequent softening of containerized imports, containerized exports recovered sharply from mid-Q3 onwards, with no signs of slowing down.
Our Correspondent19 March 2021 9:01 AM GMT

March 19, 2021: In 2020, Indian containerised exports contracted in the first half and increased in the second half, consequently posting a full-year marginal growth of under 1 percent as compared to 2019, while imports delivered a full-year 14 percent, as reported by Maersk.

“For Indian trade, 2020 was a year dominated by unprecedented challenges, irregular manufacturing and buying patterns, disrupted trade environments and lack of predictability,” the release said.

With the Covid-19 pandemic spreading across the world in a staggered manner and in varying proportions, the impact on containerised trade was felt the most in Q2 / 2020 when exports contracted by 34 percent. As societies began to find ways to coexist with Covid-19, trade started recovering in the second half. Exports ramped up sharply in Q3, not only recovering from Q2 slump, but even increased by 14 percent year on year, however the economic impact on consumers led to substantially lower imports, which dropped by 28 percent as compared to the same period of 2019.

The last quarter of the year showed growth in both imports and exports, thus making solid strides towards returning to normalcy. Demand for Indian exports across multiple categories continues to remain exceptionally strong, much of it driven by consumer demand in North America and Europe.

Steve Felder, managing director, Maersk South Asia, said “Despite unprecedented challenging conditions, stakeholders across supply chains - from manufacturers to consumers, from Government bodies to logistics enablers - all stood up cautiously to fight the pandemic. Without the contribution from all the moving parts in the complex machinery of global trade, the path back to normalcy would not have been possible.”

Trade for Q4 and full year 2020
During Q4 of 2020 (October to December), Indian containerised trade grew 13.2 percent as compared to the same period in 2019. This was the first time in the year when both exports and imports grew in a quarter. Exports from India had shown a V-shaped recovery since mid-Q3, whilst imports had remained subdued for a long time owing to low demand in the market. In Q4, this trend changed notably, with exports stabilizing at a high level and imports bouncing back significantly by 36.3 percent over the previous quarter, thus moving the needle for overall trade recovery.

Commodity trends in export, import
Exports grew through the year, riding on the rising demand for Indian textiles and apparels, especially in the North American markets. Seeds, beans, cereal & flour exports to the African and Gulf countries also contributed to the recovery. Rounding off the top three commodities being exported in containerised trade was metal, which has considerable demand in Far East Asia and Oceania regions. Amongst the refrigerated cargo, pharmaceuticals export out of India rose steeply during 2020, with Q4 alone recording 47 percent higher volumes as compared to the same period in 2019. Meat and shellfish exports also rose during the last quarter of 2020.

Imports of paper, metal, appliances and kitchenware topped the list of commodities that were brought into India in 2020. While paper and metal imports mainly came in from North America and North Europe, appliances & kitchenware were mostly imported from the Far East. The imports of refrigerated cargo grew in the last quarter of 2020 with fruit & nuts, chemicals and vegetables imports topping the list of commodities.

India’s trade partners
USA and China continued to be India’s top export and import trade partners respectively in 2020. While both these trade partners maintained their top positions, the trade with both dropped considerably. Over the year, the exports to USA contracted by 16 percent while imports from China shrunk by 41 percent.

Building growth in 2021
The Covid-19 pandemic created unprecedented disruptions in the market. Manufacturers lost production days in the first half of the year impacting supply, while consumers spent cautiously, impacting the demand in the market. As the pandemic started getting under control and it became apparent that there was a path to vaccines, retail behaviours started returning to normalcy. However, the impact of the trade disruption caused earlier will have long-lasting effects.

The imbalance in exports and imports, where exports recovered much quicker than imports resulted in an acute container shortage in various pockets of the Indian hinterland. Container manufacturing also reduced due to Covid-related shutdowns, and the pent-up consumer demand in North America and Europe ultimately resulted in a worldwide container shortage.

Steve Felder said, “The challenges that we face today and the extraordinary situation we are in is not going to last forever. This is a temporary phase that will pass, and we are already on our way towards normalcy. We can see overall trade improving and economies getting back on track. The vaccination drive is picking up pace worldwide, and this is going to be the single most important aspect to bring trade – and life - back to normal.” He added, “We have also seen the accelerated transformation in the last year – developments that would have otherwise taken several years took just a few months. Continued efforts to increase digitalisation, improve ease of doing business, create favourable conditions for global trade and dedicated investments in improving infrastructure will propel India’s import and export growth in the medium to long term.”