November 13, 2019: Boeing, the leading manufacturer of commercial jetliners, forecasts air operators in India will need 2,380 new commercial airplanes of $330 billion due to the rising demand for air travel in next 20 years. 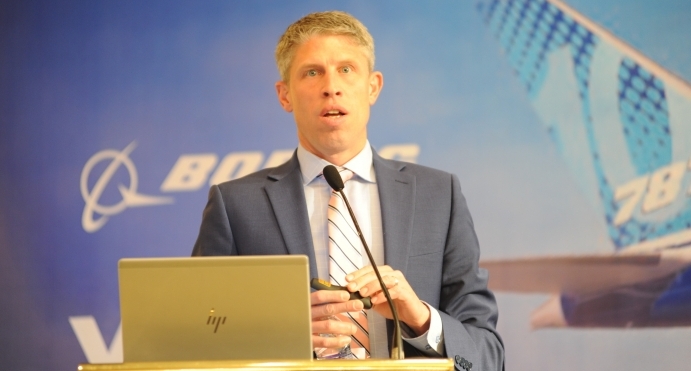 November 13, 2019: Boeing, the leading manufacturer of commercial jetliners, forecasts air operators in India will need 2,380 new commercial airplanes of $330 billion due to the rising demand for air travel in next 20 years.

To operate and maintain the increasing fleet, operators are anticipated to spend $440 billion on services, including ground, station and cargo operations, along with maintenance and engineering. The forecast is part of the annual ‘India Commercial Market Outlook’ (CMO) released by Boeing in New Delhi last week.

While many of the new airplanes will replace ageing aircraft, most will help operators grow their network as India’s airplane fleet is projected to quadruple in size to approximately 2500 airplanes by 2038.

“Over the past decade, domestic air traffic has tripled, while international air traffic has more than doubled. And we see tremendous potential for even more growth as India’s middle class expands and more consumers are able to fly,” said Darren Hulst, deputy vice president of Commercial Marketing, Boeing. “In the next few years, we see commercial operators expanding their networks to offer more direct flights domestically and open new long-distance options for passengers.”

Beyond India, the global commercial jet fleet is expected to double in size by 2038 as airlines will need 44,000 new airplanes valued at USD6.8 trillion, and demand more than USD 9 trillion in aviation services.

Low-cost carriers expanded six-fold in the last decade and continue to lead the Indian market. India also added approximately 30 international city pairs in the past year, and the 10 longest haul routes are all flown by Boeing wide-bodied aircraft