August 30, 2018: Union Minister of Commerce and Industry Suresh Prabhu recently chaired a meeting of different exports stakeholders and commerce ministry officers to discuss a strategy for revitalising India’s exports and doubling the country’s exports by 2025 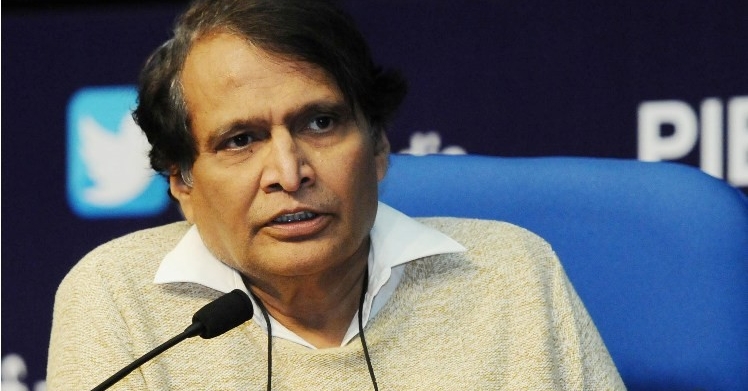 August 30, 2018: Union Minister of Commerce & Industry Suresh Prabhu recently chaired a meeting of different exports stakeholders and commerce ministry officers to discuss a strategy for revitalising India’s exports and doubling the country’s exports by 2025. The minister said that this is necessary in view of challenges like uncertainty of global trade, rigid approach of banks affecting availability of credit, high logistics cost and productivity standards and qualities. Exports create jobs, bring in foreign exchange and validate India’s international competitiveness. Minister of State, C R Chaudhary will be the chairperson of this mission and will regularly review the work of different export promotion councils and divisions of the Ministry of Commerce.

The commerce minister has already held two meetings with key ministries for preparing sectoral export strategies which are being finalised. Federation of Indian Export Organisations (FIEO) has done a study identifying 100 billion exports in traditional, new markets and products. EXIM has conducted market research and draft export strategy is being prepared.

India had acceded to WTO’s TFA (Trade Facilitation Agreement) in April, 2016 and action plan containing specific activities to further ease out the bottlenecks to trade has been prepared. To facilitate transparency through Ease of Doing Business and IT initiatives DGFT and SEZ have been online integrated with customs ICEGATE and mandatory documents required for exports and imports have been reduced to 3 each. Import Export Code (IEC) has been integrated with PAN and MoU signed with GSTN for complete integration. Electronic bank realisation certificate (eBRC) system has been shared with 14 state governments for quick tax refunds and MoU signed with GST network for integration of e-BRC with GSTN. State Governments have been provided access to DGCI&S export data in real time.

Prabhu also said that apart from traditional markets, India must also look at boosting trade with smaller countries and explore new territories like Africa which has 54 countries but accounts for only 8 percent of exports from India. The minister exhorted exporters to not miss the opportunity presented by China’s consumer market and make the most of the world’s mega import expo being held in China in November, 2018.