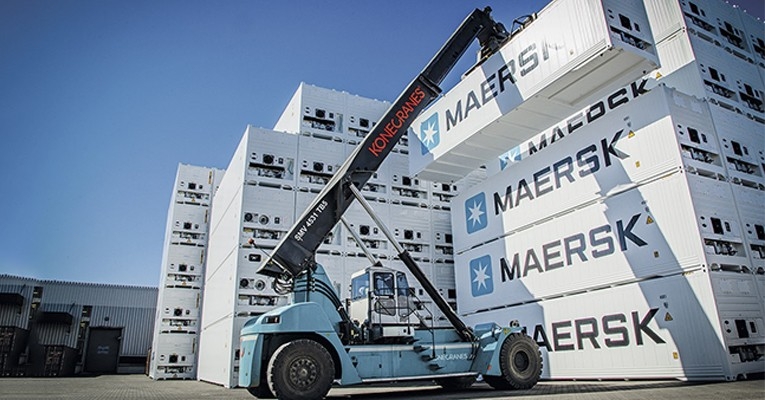 BRICS EXIM trade registers steady growth of 1.5 percent in Q1 2018 compared to Q1 2017. “Last year, the BRICS´ joint contribution to the world economy was 23.6 percent, and according to the International Monetary Fund’s predictions this is set to rise to 26.8 percent by 2022. The BRICS countries' share of the world's population is even higher: 41 percent in 2015. With these numbers on the table, it is clear that the BRICS will keep on playing an important role in the future of global trade,” says Steve Felder, Maersk Line Managing Director for India, Sri Lanka, Bangladesh, Nepal, Bhutan and Maldives.

In volume terms, India -followed by China- leads the EXIM trade whilst Brazil, South Africa and Russia witness a slump in the trade as compared to Q1 2017.

India has the highest exports in Q1 2018 pegged at 13 percent in the past five years. Owning close to 80 percent of EXIM, China leads the EXIM trade among the BRICS nations with approximately 9 - 10 million FFE (Forty-Foot Equivalent Unit) followed by India between 1.5 million to 2 million FFE.

On the import front, while occupying the largest chunk of imports for the BRICS countries, China has witnessed a downfall in imports of 4 percent YOY. India is the second largest importer among BRICS’ nations after China and has a buoyant double-digit import growth rate trade at 15 percent. This growth is due to an increase in volumes from Russia and South Africa at 37 percent and 28 percent respectively, making them the fastest growing import trade partners for India.

“India’s bilateral trade relations with China have received much needed impetus in Q1 2018 with China offering greater access for Indian exports in pharmaceuticals, food grains, cotton and petrochemicals. As for the Western markets, the repercussions of Brexit resulted in USA becoming the third largest car importer from India in FY 2018 and affected the Indian exports to UK and Europe. In addition, the recent Cabotage policy relaxation in India has led to a healthy competition among shipping lines and will further open up transshipment opportunities for Indian ports,” explains Steve Felder.

Over the last 12 months, India has made significant improvement in the ‘ease of doing business’ ranking, moving from 130th position in 2017 to 100th position in Q1 2018. “We believe, that the change is a clear evidence of India’s resolve to bring reform to its logistics sector and thereby enhance its ease of doing business and cost competitiveness ratings,” adds Steve Felder.