December 03, 2018: India’s containerised trade with the world has grown 10 percent year-on-year, according to the Q3 trade report released by Maersk. Increasing competitiveness of Indian exports, coupled with improved demand in various destination countries, has propelled exports to grow at 10 percent year-on-year. 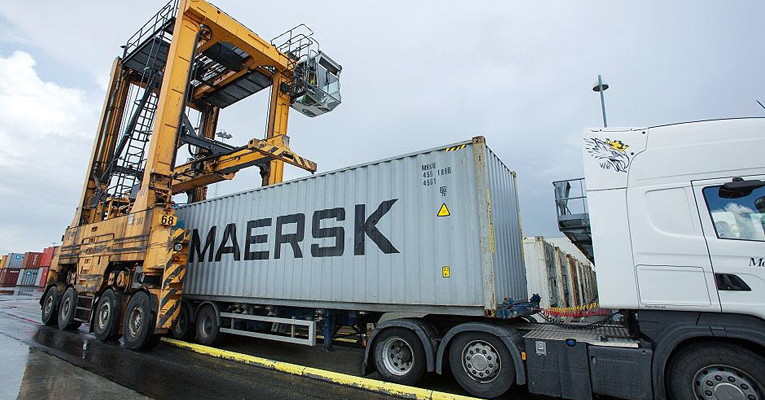 December 03, 2018: India’s containerised trade with the world has grown 10 percent year-on-year, according to the Q3 trade report released by Maersk. Increasing competitiveness of Indian exports, coupled with improved demand in various destination countries, has propelled exports to grow at 10 percent year-on-year. The demand for India-made goods such as vehicles and mechanical appliances; as well as refrigerated cargo such as onions, meat, seafood and pharmaceuticals have driven exports. Simultaneously, imports have risen 9 percent year-on-year, largely dominated by a heavy inflow of paper, metal and white goods. Overall, the containerised market has displayed strength, with far less fluctuation compared to the previous year.

Commenting on the healthy containerised growth, Steve Felder, managing director for Maersk Line – South Asia said, “The upward movement in global commodity prices, depreciation of the Indian rupee and recent major shipping-logistics reforms such as liberalised cabotage policy and Direct Port Delivery are instrumental in supporting the export-import trade between India and global markets. With fast growing trade figures that are significantly higher than the estimated global containerised demand growth (which in fact slowed during Q3), coupled with strategic competitive pricing, India is emerging as a favourable trade destination for both advanced and emerging markets.”

The United States, the United Arab Emirates and Nigeria have become significant export destinations for exporters from West India. While the exports from West India witnessed a contraction of 15 percent in Q3 2017, the exports increased by 10 percent* year-on-year in Q3 2018 on the back of high volume exports of India-made automobiles and machinery. On the opposite end of the country, rising demand for chemicals, metals, machinery and white goods have been driving import growth at 9 percent year-on-year for East India. Countries like the United States, Canada, United Kingdom and South Korea have been the leading import origins for this growing region.

In terms of commodity trade, the high demand for pharmaceuticals, vehicles, metals and sea-food have driven the import-export trade in international markets. The Indian pharma sector witnessed high export growth to North American nations in Q3 2018, doubling in volume. Strong demand from regions of Latin America, Africa and surrounding countries like Nepal, Bangladesh and Sri Lanka have pushed exports of India-made vehicles to grow 36 percent* year-on-year. Metal imports have increased 33 percent* year-on-year, on the back of metal scrap driving this growth into the North and West regions of India.

With an eye on the upcoming year Felder said “Although the sector is looking at maintaining strong growth in the coming year, the logistics infrastructure - which is the backbone of the industry –needs to be strengthened simultaneously. The government is aligned to this objective, as we have witnessed a cluster of initiatives towards making India a global superpower, including – amongst others - the ‘Make in India’ campaign. The efforts to create a more pro-business, investor-friendly environment are clearly visible as the economy recently advanced 23 spots to rank 77th in the World Bank’s latest ‘Ease of Doing Business’ index. As the industry foresees and awaits the benefits of cabotage relaxation and streamlining of exporters' GST refunds, digitisation and blockchain technology in the supply chain infrastructure is set to transform the logistics industry in the coming years.”