March 27, 2021: Indian government on Friday announced a four-point plan to deal with the situation arising from the blockage of the Suez Canal. 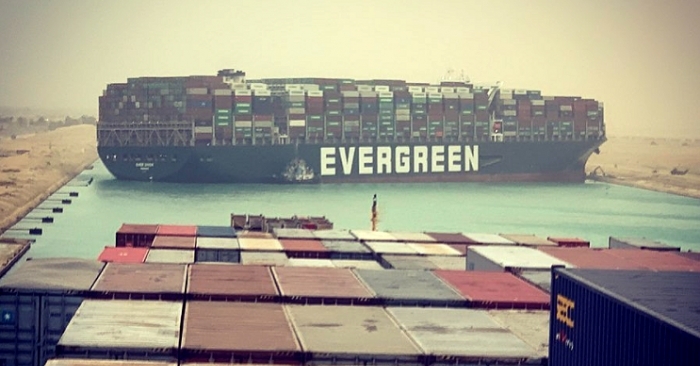 March 27, 2021: Indian government on Friday announced a four-point plan to deal with the situation arising from the blockage of the Suez Canal.

This plan was chalked out in a meeting convened by the logistics division, department of commerce. The meeting was chaired by Special Secretary (Logistics) Pawan Agarwal and attended by the ministry of ports, shipping and waterways, ADG shipping, Container Shipping Lines Association (CSLA) and Federation of Indian Export Organisations (FIEO).

1. Prioritisation of cargo: FIEO, MPEDA and APEDA will jointly identify cargo particularly perishable cargo for priority movement and work with the shipping lines for the same.

2. Freight Rates: CSLA assured that the freight rates as per existing contracts will be honoured. A request has been made to the shipping lines to maintain stability in freight rates during the period of this crisis. It was noted that the situation is temporary and is unlikely to have a long-lasting impact.

3. Advisory to Ports: Once the blockage is over, it is expected that some bunching may take place, especially at the ports of JNPT, Mundra and Hazira. Ministry of Ports, Shipping and waterway assured to issue an advisory to these ports so as to gear up arrangements and ensure efficient handling during the forthcoming busy period.

4. Re-routing decisions: Shipping lines were advised through CSLA to explore the option of re-routing of ships via the Cape of Good Hope. It was pointed that such re-routing usually takes 15 additional days’ time.

Blockage of the Suez Canal since March 23, 2021, is seriously hitting the global trade. This route is used for Indian exports/imports worth $200 billion to/from North America, South America and Europe. It includes petroleum goods, organic chemicals, iron & steel, automobile, machinery, textiles & carpets, handicrafts including furniture, leather goods, etc.
It was noted in the meeting that over 200 vessels are waiting on the North and South sides of the

Suez Canal and about 60 vessels are getting added to the queue on a daily basis. If two more days are taken before the efforts result in clearance of the canal (digging on both sides, extra barges being added on every high tide, tugboats, etc. to straighten the stuck vessel), the total backlog created would be about 350 vessels. It is estimated that this backlog should take about a week’s time to clear out. It was decided in the meeting to closely monitor the situation.