October 25, 2018: India and Bangladesh recently discussed various issues pertaining to the protocol arrangements and improvement of inland water transportation between the two countries in the 19th Standing Committee meeting under ‘Protocol on Inland Water Transit and Trade’ (PIWTT) held at New Delhi. 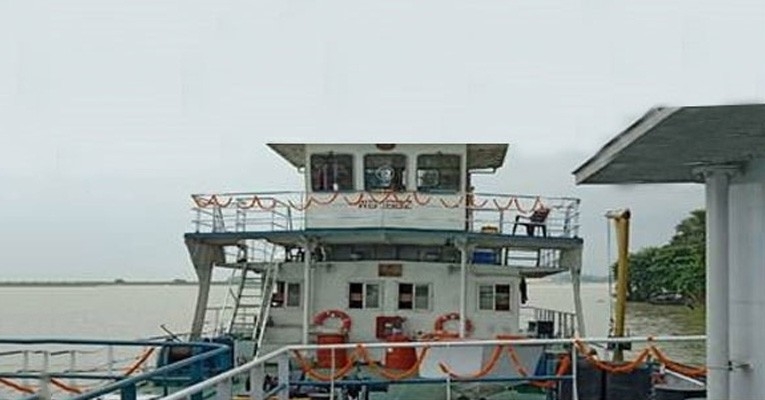 October 25, 2018: India and Bangladesh recently discussed various issues pertaining to the protocol arrangements and improvement of inland water transportation between the two countries in the 19th Standing Committee meeting under ‘Protocol on Inland Water Transit and Trade’ (PIWTT) held at New Delhi. The meeting was attended by high level delegations that included representatives of Ministries of Shipping, External Affairs, Home, Finance, DONER and Inland Waterways Authority of India (IWAI) and officials from Bangladesh belonging to Ministry of Shipping, Board of Revenue, DG (Shipping) and Bangladesh Inland Water Transport Authority (BIWTA).

The two sides agreed to consider inclusion of Rupnarayan river (National Waterway-86) from Geonkhali to Kolaghatin West Bengal in the protocol route. They also agreed to declare Kolaghatin West Bengal and Chilmari in Bangladesh as new Ports of Call. The new arrangement will facilitate movement of flyash, cement, construction materials etc from India to Bangladesh through IWT on Rupnarayan river. Further, both sides agreed to declare Badarpur on river Barak (NW 16) as an Extended Port of Call of Karimganjin Assam and Ghorasal of Ashuganj in Bangladesh on reciprocal basis. The Indian side proposed for extension of the protocol routes from Kolkata upto Silchar in Assam.

In another critical understanding between the two countries, the standard operating procedure for movement of passengers and cruise vessels on Inland Protocol route and coastal shipping routes have been finalised. These river cruise services are likely to commence between Kolkata – Dhaka and Guwahati – Jorhat and back.

It was also agreed that a Joint Technical Committee will explore the technical feasibility of operationalisation of Dhulian-Rajshahi protocol route upto Aricha and the reconstruction and opening up of Jangipur navigational lock on river Bhagirathi subject to the provisions of the Treaty between India and Bangladesh on Sharing of Ganga Waters at Farakka,1996. This move has the potential to reduce the distance to Assam by more than 450 kms on the protocol routes.

It was also decided that a Project Management Consultant for supervision and monitoring of dredging of Ashuganj-Zakiganj and Sirajganj-Daikhowa stretches of Indo-Bangladesh Protocol Route in Bangladesh will be engaged with 80 percent financial contribution from India and rest by Bangladesh. A Joint Monitoring Committee has also been constituted for overall monitoring of the dredging works.

To bring about significant reduction in logistics cost and faster delivery of Bangladesh export cargo, the Indian side raised the point regarding permitting ‘Third country’ EXIM Trade under Coastal Shipping Agreement and PIWTT by allowing transshipment through ports on the East Cost of India. Bangladesh agreed to hold stakeholder consultations and revert on the matter.

Both sides agreed for development of Jogighopa as a hub/trans-shipment terminal for movement of cargo to Assam, Arunachal Pradesh, Nagaland and Bhutan and notifying Munsiganj River terminal by Bangladesh Customs for routing third party Exim cargo through Kolkata Port.

The two sides will hold Shipping Secretary level talks soon wherein agreements for the use of Chattogram and Mongla Ports for movement of goods from India, Addendum to PIWTT and standard operating procedure on passengers and cruise movement on the protocol and coastal shipping are expected to be signed.