A survey of airline CFOs and cargo chiefs found 72 percent respondents expecting cargo demand to increase for the coming 12 months, an improvement compared with the previous survey (56 percent). 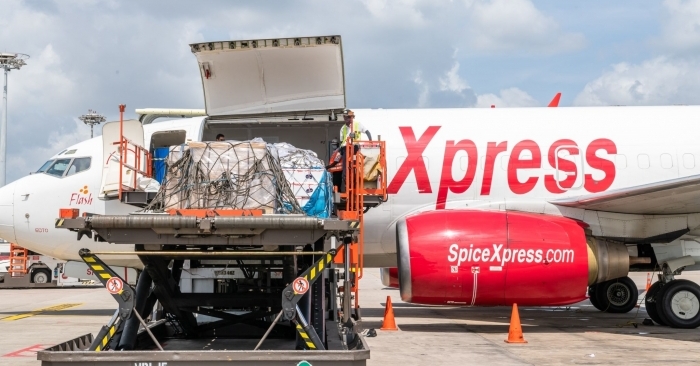 August 19, 2021: Airline chief financial officers and cargo chiefs were positive on cargo demand for the rest of the current financial year and the next year, according to an International Air Transport Association (IATA) survey done last month.

As many as 73 percent of respondents reported that cargo volumes were higher than last year in Q2 as the rising number of passenger flights eased the pressure on belly cargo capacity.

Some respondents also mentioned that they continued to offset the lack of capacity by using preighters (aircrafts originally intended to carry passengers but which is operated temporarily as cargo only passenger flight allowed to load freight in the passenger cabin).

“The remainder of the respondents reported no change or deterioration in cargo demand compared with the trough of the crisis last year,” according to the Airline Business Confidence Index report released on July 30.

Based on the expected growing business, in India, SpiceJet announced plans to hive off its cargo division to Spice Express for fundraising as well as expansion.

“Gains expected ahead should come on the back of further capacity improvements as passenger flight activity picks up,” the report said.

The rest of the surveyed sample expects cargo volumes to be unchanged over the next year, citing uncertainty over Covid resurgence as new virus mutations emerge.

After a modest deterioration in April, the forward-looking weighted score rose further into expansion territory.

The bullish outlook for the cargo sector can be seen across airport authorities, as John Ackerman, executive vice president, global strategy and development, Dallas/Fort Worth (DFW) International Airport spoke during the Cargo Masterminds interview aired on Monday (August 16).

“We've got a three-phase project, and the first phase will start late this year. It will be creating approximately 300,000 square feet of new warehouse space. That will be the first new cargo facility that's been built at DFW in well over a decade and the interest we've had from the market so far has been phenomenal. By constructing these new facilities, what we intend to do is curate the mix of tenants to make sure that we have the most efficient cargo ecosystem at DFW.”

Brendan Sullivan, who took charge as the global head of cargo at IATA in July, said air cargo is the bright spot and its revenue is expected to represent about 30 percent of airline revenues in 2021, up from about 12 percent.