November 25, 2020: In a recent release, Emirates SkyCargo explains how it helps the family business based out of Bengaluru and Oslo, Catch of Norway, to bring fresh seafood from the cold waters of Norway to fine-dining restaurants and homes of customers in India. 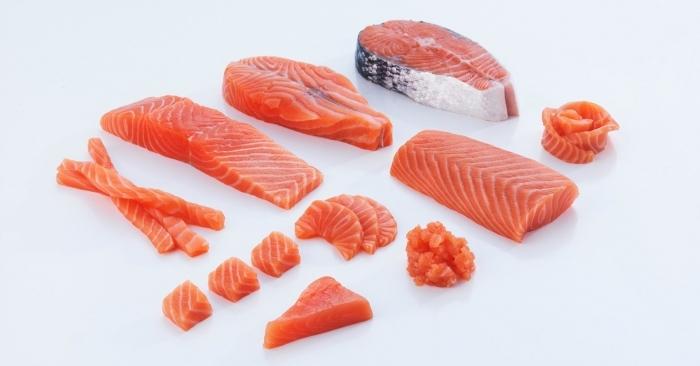 November 25, 2020: In a recent release, Emirates SkyCargo explains how it helps the family business based out of Bengaluru and Oslo, Catch of Norway, to bring fresh seafood from the cold waters of Norway to fine-dining restaurants and homes of customers in India.

“India is one of the fastest-growing markets globally for the food and beverage sector. With a young population that is increasingly well-travelled and familiar with international cuisine, there has been a growing awareness and demand in the country for quality produce and food ingredients from around the world,” said the release.

In 2015, Mark Alzawahra, co-founder of the company moved to India and set up a small office in Bengaluru to import and distribute salmon and other seafood to end customers in the country.

Over a period of five years, Catch of Norway has expanded its client base by supplying to restaurants in 5-star hotels, premium and organic supermarkets as well as catering businesses across more than 10 cities in India. Following on from its success in the B2B sector, Catch of Norway has now also established its own direct to customer channels, allowing for individual customers across many cities in India to source seafood from Norway.

As part of its business plan over the next 2-3 years Catch of Norway Seafood is looking to expand its source markets, diversifying its product portfolio and embracing e-commerce channels to match the evolving tastes of Indian customers.

“We have sourced seafood occasionally from the Netherlands and we are considering importing seafood from markets such as Canada, Japan and Spain. We are also observing an increased interest in a variety of health-food and plant-based food product ranges from Europe in India,” commented Mark Alzawahra.

Emirates SkyCargo
From its early days of setting up business in India, Catch of Norway had partnered with Emirates SkyCargo, the freight division of Emirates. Through its cargo operations across a global network, Emirates SkyCargo helps facilitate the rapid movement of fresh seafood from Oslo to Bengaluru via Dubai.

Mark Alzawahra, said, “Our first shipment of fresh salmon was transported in 2015 with Emirates from Oslo to Bengaluru via Dubai. Emirates SkyCargo has literally been part of our success from the first time we imported salmon in to India to this day. Emirates came highly recommended and we were already aware of the reputation of the passenger and cargo services.”

For perishables such as premium salmon, cod, halibut, and shellfish, minimizing transport time, transit times, and turnaround times on the ground is crucial.

“We imported 50 kg of fresh whole salmon and fresh salmon fillets and portions for our first shipment in to India. In 2020, we were importing almost one tonne of fresh seafood from Norway every shipment, mostly with Emirates SkyCargo. Even during the Covid-19 pandemic, Emirates SkyCargo has been operating regular cargo connections to Bengaluru, helping maintain the continuity of the supply chain” added Alzawahra.

With Emirates Fresh, Emirates SkyCargo’s specially designed air cargo product for perishables, the carrier is able to ensure that commodities such as seafood retain their freshness throughout the journey.

Emirates SkyCargo has been operating flights to Oslo since 2014. In addition to passenger flights, the air cargo carrier also operates freighter flights to the Norwegian capital since October 2016, offering around 100 tonnes of cargo capacity per flight.

Emirates SkyCargo connects nine destinations in India to its international cargo network through scheduled cargo flights. India is one of the cargo carrier’s most important markets globally. In 2019, Emirates SkyCargo transported more than 250,000 tonnes of cargo to and from India, including important exports of food items and perishables as well as pharmaceuticals.