Home > Shipping > Holiday rush likely to push congestion at US ports, no let up seen in demand
Shipping

Holiday rush likely to push congestion at US ports, no let up seen in demand

Container ports in the U.S. are expected to face more congestion in the final push to get goods for the holiday shopping season, according to the Containers Quarterly report by S&P Global Platts. 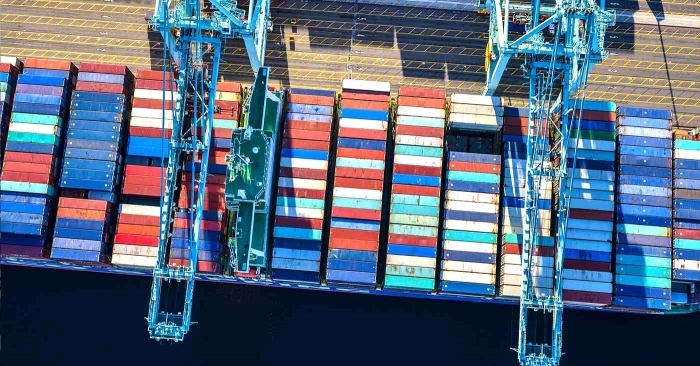 October 17, 2021: Container ports in the U.S. are expected to face more congestion in the final push to get goods for the holiday shopping season, according to the Containers Quarterly report by S&P Global Platts.

“The queue of ships waiting to berth at the Los Angeles-Long Beach port complex rebounded to 65 ships on October 12 from a trough of 46 ships during China’s Oct. 1-8 Golden Week holiday break,” the report said.

And there are no signs of the U.S. consumer’s preference for goods slackening, according to the latest Flexport data.

"It is worth remembering that the elevated pressure on global supply chains is the result of two factors in combination: strong incomes and a preference for goods in consumption. The forecast for continued strong goods preference means that, barring an income shock, the pressure on supply chains will continue on at least toward the end of the year," the report said.

Drewry’s composite World Container index declined 2.3 percent to $9,900.25 per 40ft container for the week ended October 14 but was still 283 percent higher than a year ago.

Ships have sailed for last-minute holiday orders from Asia to the U.S, according to IHS Markit. "Due to the continuing delays at U.S ports, consumer goods from Asia will need to have cleared ports by now compared to a usual early November cut-off date, or risk not making it into shopping baskets this Christmas," IHS Markit said.

The warning comes as 1.59 million TEU (twenty-foot equivalent unit) imports arrived in September in the U.S from Asia, up 13.8 percent from pre-Covid September 2019.

"The elevated import levels from Asia send a clear message that the port-related congestion problems are likely to continue into 2022."

The problem is clearly not only at the ports: Prologis, the world’s largest logistics warehouse operator, said last week while announcing Q3 results that space is sold out.

"Our third-quarter results were underpinned by record increases in market rents and valuations," said Hamid R. Moghadam, chairman and CEO, Prologis. "Operating conditions are being shaped by the structural forces driving demand. With vacancies at unprecedented lows, space in our markets is effectively sold out."

"There is no silver bullet here," Eytan Buchman, CMO, Freightos, said recently at a webinar organised by Alibaba.com.

"These are absolutely challenging times and really unprecedented times. If your container is not loaded on the ship it's probably not going to make it for the holiday season."

Buchman said the important thing to look at the supply chain "is to look as far ahead as you can. There's a lot of dependability in a calendar. It's not incredibly difficult to know when the Chinese New Year is going to come, prices can go up and drop right after, when is the midseason, peak season going to kick in. Secondly, just avoid making binary decisions. Looking ahead and making graded decisions is probably the best way to weather the challenges."