Industry experts say that the Indian logistics and transportation sector is one of the main beneficiaries of the new GST regime. Let us look at some figures - Indian logistic market is projected to reach$307 billion by 2020. 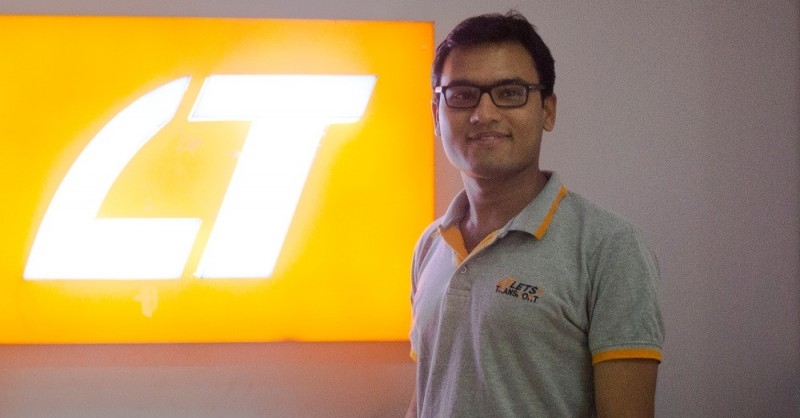 Pushkar Singh
Industry experts say that the Indian logistics and transportation sector is one of the main beneficiaries of the new GST regime. Let us look at some figures - Indian logistic market is projected to reach$307 billion by 2020. Presently, the logistics segment includes four major segments – transportation, accounting for 60 percent, warehousing, accounting for another 24.5 percent and freight forwarding and value-added logistics, the remaining piece. A report by Care Ratings estimated that the Indian logistics industry is likely to grow at a CAGR of 15-20 percent between 2019 and 2020 and GST alone will reduce the logistic costs by up to 20 per cent from the present levels. The logics sector in India is currently valued at $130 billion annually.

It is common knowledge that the growth of the country’s GDP is directly proportional to the transparency in its logistic system. The logistics industry contributes 13-14 percent to India’s GDP, whereas the global average is 8-9 percent in the developed economy. Transportation is the very crux and the enabler of economic activity and a facilitator for trade. The higher the trade and movement of goods across the market, higher will be the GDP. GST promises to negate many flaws plaguing the logistics sector and will revolutionize the landscape – this would help in disentangling the tremendous potential that the logistics sector offers, by incorporating a channelised and efficient goods transport system.

Challenges faced by the industry
Falling operational efficiency is one of the reasons, impacting the overall health of the segment, transportations costs etc. Other hurdles are complicated networks, high coordination costs across the country, amalgamated with inadequate infrastructure, entry taxes and poor vehicle-load-carrying capacities, resulting in delays and damages.

Moreover, in the pre-GST regime, the multitude of taxes had made logistics an unwieldy and expansive process. As a corollary, logistics firms installed hubs and transit points in many states to avoid the state value added tax (VAT)—goods directly supplied to dealers costs state VAT whereas transfer from warehouse is treated as stock transfer and do not—and also take advantage of demand seasonality across the country. However, this resulted in further complications and a lack of clarity for businesses, leading to allegations of tax evasion.

The ecommerce space with its marketplace model bear the brunt of these complaints. Amazon was recently pulled up by the tax department of Karnataka, for allegedly allowing sellers to register fulfilment centres as additional place of business. The state cancelled the license of several small merchants registered on Amazon. The ecommerce companies contend that laws have not kept pace with new age business models. Many states, like for example Telangana is wooing companies by promising them streamlined and transparent taxation policies.

Impact on the transportation sector
The sector is benefiting hugely from the recently rolled out GST regime. Pre-GST, the complex tax structure and humongous paperwork forced the industry to spend a lot of resources on tax compliance and deposit of interstate sales tax. Monitoring of sales tax at interstate check posts caused major traffic congestion at these points, resulting in slower movement of freight and passenger, and consequently higher costs and pollution. An average Indian truck covers only about 50,000-60,000 kilometre a year as against 3 lakh kilometre done by a truck in US, thanks to horrific traffic jams.

GST has rendered inter-state check posts redundant. This has reduced the travel time of long-haul trucks and other cargo vehicles by at least one-fifth. This, combined with the proposed e-way bill will require online registration for movement of goods worth more than Rs 50,000. This will simplify the movement of cargo further, and bring in more transparency in the whole process. Easy and hassle-free movement of freights will increase the demand for high-tonnage trucks, which will in turn reduce the cost of transportation of freight.

Additionally, a single tax or GST also means an optimized warehousing structure. Previously, companies had to keep warehouses in every state due to multiple tax slabs. This mean a leaner and smarter logistic chain. GST will also attract more investments in the warehousing business. Hub and Spoke model will emerge. The trick is to maximise supply chain efficiency by keeping taxation at the very pivot.

In the pre-GST era, the statutory tax rate for most goods worked out to about 26.5 percent. Post GST, this has reduced to 18 percent tax range. India has a very high logistics cost about 14 percent of the total value of goods as against 6-8 percent in other major countries.GST will serve to bring down the logistics cost to about 10-12 percent by facilitating efficient inter-state transport of goods and catapulting the demand for logistics services.

Minister of Road Transport & Highways and Shipping, Nitin Gadkari went as far as to state that, GST will reduce transportation costs by about 20 percent.He also committed that logistic parks will be established at various places across the country to function as freight aggregation and distribution hubs. These logistics parks will facilitate long haul freight movement between hubs on larger sized trucks, rail and waterways. This will not only reduce freight transportation costs, but will also throw open many employment opportunities and bring down pollution levels.

How Smooth or difficult the transition is?
The transition has been quite smooth. It is a fact that initially there will be an increase in compliance and adjustment costs as the frequency of filing returns will increase and the input tax credit will require compliance of each and every player in the entire value chain. This will also lead to a few uncertainties that would affect the profitability of the sector in the short run. However, in the long run, operational efficiency is bound to improve by great measures. Crisil has also clearly stated that GST will reduce the logistics costs of companies producing non-bulk goods by as much as 20 percent.

GST will benefit all industries alike and would also help the center and the states to increase their tax collections. That would ring a death knell to inspector raj. GST will also reduce the scope for a parallel economy leading to curbs on the generation of black money. It is a win-win situation for businessmen, consumers, State Governments and the Centre.

Is the time given for filing GST is enough as we are still under a transition period
The Government had given six months’ notice before rolling out GST on July 1. The date of the first filing of return had also been extended to September 15, from August 10 as was stated earlier. This is ample time for people to file their returns. Out of 80 lakh,65 lakhassesses in the current indirect tax system have already registered themselves for the GST.

Pushkar Singh is the Co-founder and Director of LetsTransport.in. A ‘Last Mile' logistics solutions provider that is reliable, professional, economical and structured to serve businesses as well as consumers. In his current capacity, he holds the responsibility of handling the strategy and operations of his company.