July 25, 2020: Nandita Gupta, joint secretary (Storage and PG), department of food and public distribution, noted that the creation of small warehouses at the farmgates could save a farmer from distress sale of his produce. 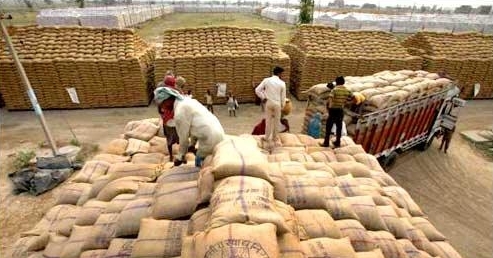 X
The three ordinances could liberate the regulated market and attract more investments into the agri-cold chain.
Our Correspondent25 July 2020 8:01 AM GMT

July 25, 2020: Nandita Gupta, joint secretary (Storage and PG), department of food and public distribution, noted that the creation of small warehouses at the farmgates could save a farmer from distress sale of his produce.

“This can be done by making it mandatory for the primary agricultural cooperative societies to register their warehouses with the WDRA (Warehouse Development Regulatory Authority),” she said.

Three ordinances
Addressing a FICCI webinar on 'Opportunity to reinvent Agriculture & Policy Reforms', She was speaking on the three ordinances that were recently introduced by the government of India that could revolutionise the agricultural supply chain by freeing the regulated market and attracting more investments into the cold chain.

3. ‘The Farmers (Empowerment and Protection) Agreement on Price Assurance and Farm Services Ordinance, 2020’ has legalised contract farming for large companies and big businesses. The law again is expected to have a ripple effect on the entire agricultural supply chain of the country.

She added that this benefits the farmer by not only giving him access to standardized warehousing facilities but also by helping them secure financial assistance enabled by the e-NWR i.e. Electronic Negotiable Warehouse Receipt, a legal document that enables the holder to further trade. She also mentioned that the ministry is in discussion with the banks and the RBI for easy pledge financing to the farmers on the basis of the e-NWR.

Venkatram Vasantavada, MD & CEO, SeedWorks International, said, "We are in a kind of a supply surplus situation so if these reforms solve the issues around market linkages, the farmer will have incentives to invest. Going forward, investment in technology, R&D and impactful collaborations will be big game changers.”

Pravesh Sharma, advisor, FICCI & co-founder & CEO, Kamatan Farm Tech, said "The present set of agriculture reforms is of course welcome, but they should be seen as the starting point and not the destination of the journey. Much needs to be done to address bottlenecks in factor markets such as land and capital, technology and infrastructure upgradation before Indian agriculture can become globally competitive, ecologically sustainable and socially inclusive."

Yogesh Dwivedi, chief executive officer, Madhya Bharat Consortium of Farmers Producer Company, said, “The Mandi Act will facilitate direct procurement of agriculture produce from farmer's doorstep by buyers without having to bring them to the Mandis to sell.”

TR Kesavan, chairman, FICCI Agriculture Committee and Group President, TAFE, said, “The agriculture ordinances have the potential to fundamentally transform the agriculture sector, facilitate more holistic development of agriculture markets, and benefit the farmers. What is important is that when you have surplus crops and bounties, one of the major areas of focus for this will be how to preserve the waste and convert this into processed, value-added food. Indirectly its putting money back into the farmers' hands."