Jan 16, 2019: The government of India has suggested launching a corridor for flying drones as well as setting up a separate directorate for licensing and authorising of unmanned aircraft systems (UAS). 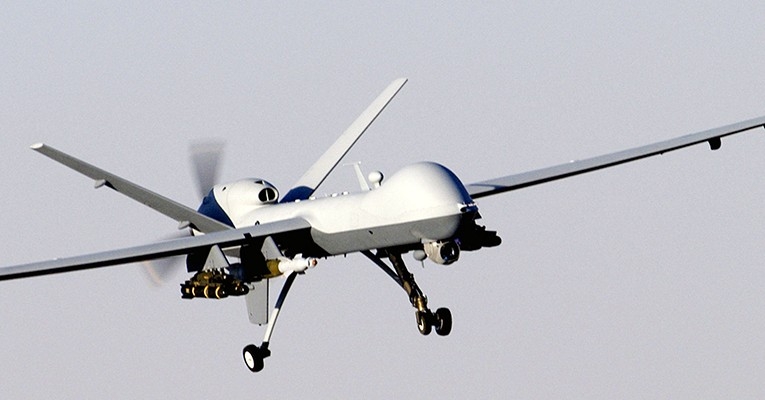 X
The move is likely to pave the way for use of drones for e-commerce.
Our Correspondent16 Jan 2019 7:43 AM GMT

Jan 16, 2019: The government of India has suggested launching a corridor for flying drones as well as setting up a separate directorate for licensing and authorising of unmanned aircraft systems (UAS). To address various challenges for safety and expansion of UAS, a task-force constituted by the Union government has proposed creation of 'Drone Corridor' and 'Droneports' in the country.

In a draft policy note recently, the civil aviation ministry has also proposed constructing Droneports to facilitate take-off and landing of drones and a stricter regulatory framework, including features for protecting personal data by design. Currently, a basic framework for regulations in the area has been established under the DigitalSky Platform in CAR 1.0, which took effect from December 1, 2018. Drone Ecosystem Policy Roadmap that will guide the drafting of Civil Aviation Regulations (CAR) 2.0 was released at the Global Aviation Summit 2019 being held from January 15-16 in Mumbai.

"Alternatively, Drone Corridor i.e. an airspace segregated from fight paths of manned aircraft (with adequate safety buffer) should be provided for UAS operations," the policy said.

Another suggestion is for setting up of a Drone Directorate within the Directorate General of Civil Aviation (DGCA) that would issue necessary guidelines for the nascent industry. Besides, financial penalties have been proposed for violation of norms. Among others, the Drone Directorate may prescribe a maximum lifecycle for each drone-type and operators must apply for re-certification at the end of the lifecycle, it added.

To mitigate privacy risks arising out of drone operations, it has been suggested that original equipment manufacturers should include specific features that take into consideration principles of privacy and protection of personal data by design and by default.

As per the roadmap, 100 percent foreign direct investment (FDI) should be permitted under the automatic route in UAS and RPAS-based commercial civil aviation services, subject to the financial threshold applicable to non-scheduled air transport operators.

"Operators that deploy and use autonomous UAS should ensure that the UAS is humancentric i.e. it should be developed, deployed and used for an ethical purpose, and its operation must demonstrate respect for the ethical principles of Benecence (do good) and Non-Malecence (do no harm)," the policy added.

According to the policy note, autonomous UAS should not under any circumstance harm human beings and should, by design protect the dignity, liberty, privacy, safety of human beings.