Freightwalla, a digital freight forwarding start-up, had announced joining hands with TradeLens, a blockchain-enabled digital supply chain solution, on December 23, 2020. But within a few months of their association, the Mumbai-based logistics start-up decided to log out from the blockchain platform. 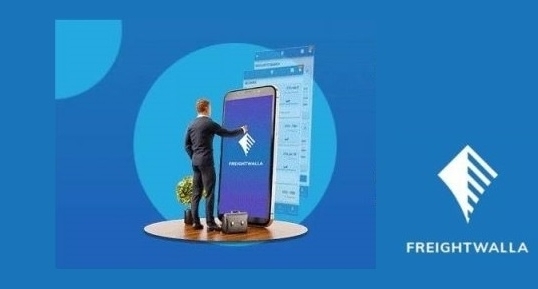 September 15, 2021: Freightwalla, a digital freight forwarding start-up, had announced joining hands with TradeLens, a blockchain-enabled digital supply chain solution, on December 23, 2020. But within a few months of their association, the Mumbai-based logistics start-up decided to log out from the blockchain platform.

The idea behind the partnership was to enable Freightwalla's online platform to provide unparalleled visibility and connectivity for shipper's international shipments.

“As a digital-first platform, our objective has always been to enhance operational transparency while controlling costs for our customers. Our collaboration with Tradelens was in sync with this objective and adhered to global standards in core technology for inland tracking and visibility. However, the partnership was initiated on a pilot basis for a temporary period that ended. We will revisit this engagement as we are currently working on other priorities. We look forward to working alongside Tradelens in the future for a longer-term,” the official response from Freightwalla reads.

Bimal Kanal, director of TradeLens for the Indian Subcontinent and the Middle East, said that the discontinuation is expected to be temporary as the blockchain platform is upgrading its system to integrate multiple standards.

"TradeLens supports the most widely used global standards in its core technology for inland tracking and visibility. These standards are different from what Freightwalla currently uses and wanted from TradeLens. We are constantly evolving and upgrading our platform to integrate multiple standards and technologies to support more stakeholders on the platform and in the future, we will have what Freightwalla wanted. Until then, Freightwalla decided to hold back using TradeLens,” Kanal said.

Tradelens, developed by Maersk and IBM, has many Indian as well as international logistics companies on board. Gateway Rail, Adani Port, Jawaharlal Nehru Port Trust are some of them.

Gateway Rail Freight, a rail-linked container freight station, who recently joined TradeLens is satisfied and positive about their association. "While integrating with the blockchain solution, we had to make certain changes in their internal processes to see smooth and positive results of the digital solution," said Sachin Bhanushali, CEO of GateWay Rail.

According to Hapag-Lloyd corporate developer, Pyers Tucker, "TradeLens is a slow procedure, so, for the companies to build in the trust will take some time. When more organisations join TradeLens, only then the digital solution can turn out to be successful. The ecosystem should have carriers, warehouse operators, freight forwarders.”

(The story has been updated with the official response from Freightwalla)