The Shanghai-Los Angeles short-term freight rates for 40' standard dry container dropped slightly ($8,044–$8,035) in the first two weeks of January (1-14) where the carriers were charging priority shipping fees ranging between $1,272-$1,727/box. 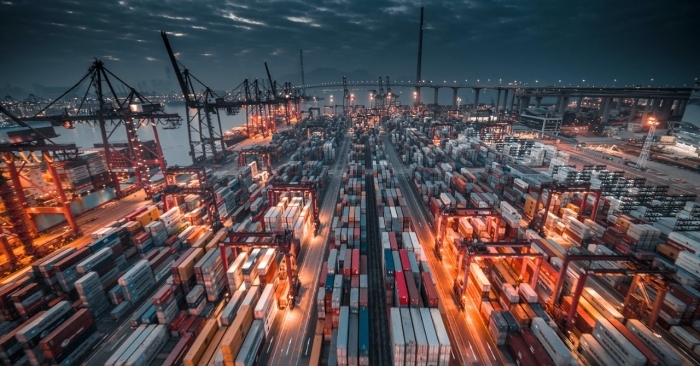 "Typically, in the four-week run-up from January 1to the start of Lunar New Year, box rates would rise, container availability in Asia would start to tighten, and neophyte traders and western buyers would panic. Traders would suddenly realise that the holiday was far more complicated than an evening of fireworks and large red dragon kites during this period.

"In China and Asia, the holiday caused close to a three-week dislocation in cargo availability as factories and ports slowed or closed as workers streamed home in order to spend the holiday with their families."

It's clearly different today, says Berglund. The new year has been cancelled "for the third year running as China's Zero-Covid policy has now turned into Zero-Omicron policy."

No wonder consumer confidence is starting to drop worldwide with the box carriers implementing surcharges that can equal or exceed the actual ocean rates charged, prices worldwide are skyrocketing as shortages continue to plague both B2B and retail, Berglund says in his blog.

Non-alliance carriers improve market share
As much as 35 percent of the capacity (Fig 1) offered along the Asia-North America West Coast is now on non-alliance services compared to roughly 15-20 percent earlier.

Asia-North America East Coast, which was fully served by alliance services in 2019-2021, saw an increase in non-alliance services from the second half of 2020. It now accounts for 10 percent of the capacity.

The development on the Asia-Europe route is starkly different, according to data from Sea-Intelligence. "The market on this trade is nearly fully serviced by alliances. The recent market disruption has done little to change this situation. A few non-alliance services have been seen; however, the number of such sailings and the small size of the vessels being used, means that this has an overall insignificant effect on the total capacity in the market."

What this implies, the data provider says, is that the barriers of entry on the Asia-North America trades are much lower than on the Asia-Europe trades.

ONE reported a gain of 418 percent in net profit at $4.889 billion on "higher cargo demand through October-December, particularly for consumer goods. Asia-North America trade market volume in October and November increased by approximately 3% YtoY. Asia-Europe trade market volume in Oct and Nov increased by approximately 6% YtoY."

For the FY2021 full year, net profit of approximately $15.398 billion is expected due to strong cargo demand and improvements in the freight market.

German container carrier Hapag-Lloyd reported an over 300 percent increase (provisional) in earnings before interest, taxes, depreciation and amortisation (EBITDA) for the 2021 financial year at more than $12.8 billion.

The main drivers of positive business developments have been significantly improved freight rates resulting from very strong demand for goods exported from Asia. “At the same time, the major disruptions in global supply chains have led to a significant increase in transport expenses.”

Based on data from global shippers, ocean freight rates show the second consecutive monthly decline following a staggering 14 months of consistent increases. "As such, despite the dip, contracted rates stand 98.1 percent higher year-on-year, demonstrating the commanding position carriers continue to occupy in shipping negotiations,: says Xeneta in its blog.

The long-term contracted ocean freight rates, according to the latest Xeneta Shipping Index (XSI) Public Indices for the week to January 22, declined 3.6 percent to 238.34 points.

"The logistics chain remains stressed," comments Patrik Berglund, CEO, Xeneta, "with demand outstripping supply, port congestion, a lack of equipment and the ongoing pandemic impacting across key global trades. This puts the carriers in a position where they can dictate terms to smaller shippers through elevated rates and limited availability while locking in 'bigger fish' at favorable prices."

As many as 101 container ships were backed up across Los Angeles/Long Beach ports as on February 1, 2022, according to data from Captain J. Kipling (Kip) Louttit, Executive Director, Marine Exchange of Southern California & Vessel Traffic Service Los Angeles and Long Beach San Pedro, CA.