Focus on countries with high anti-China sentiment: FIEO to exporters

July 3, 2020: The Federation of Indian Export Organisations in a recent online press brief urged Indian exporters to focus on countries with a strong anti-China sentiment like the United States, European Union, Japan, South Korea, Australia, New Zealand and Canada to do business with. 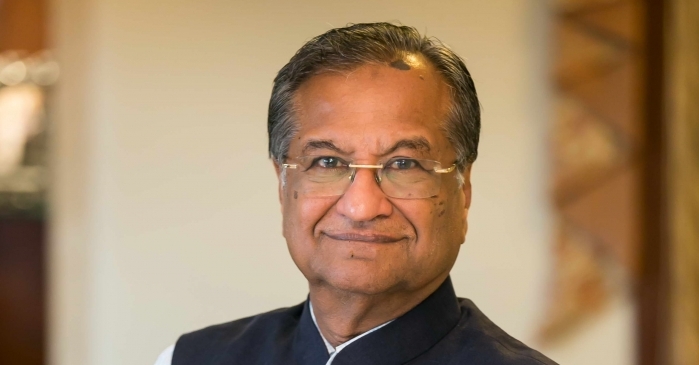 July 3, 2020: The Federation of Indian Export Organisations in a recent online press brief urged Indian exporters to focus on countries with a strong anti-China sentiment like the United States, European Union, Japan, South Korea, Australia, New Zealand and Canada to do business with.

1) To focus on countries which are providing demand stimulus like US, UK and many other advanced and emerging markets;

2) Explore countries having high anti-China sentiments led by the US including the EU, Japan, South Korea, Australia, New Zealand, Canada, etc. and

3) Revisit economies depending on crude & commodities exports as prices of such products are likely to be subdued (the Middle East, LAC and CIS)

Target for 2020-21
FIEO expect around 10 percent decline in India’s exports in the current fiscal. In case of a second wave, the contraction may reach 20 percent.

“We are receiving lots of enquiries from countries where anti-China sentiments are high. Many of these enquiries have been converted into orders, as well. However, the demand in employment-intensive sectors like gems & jewellery, apparels, footwear, handicrafts, carpets is still a challenge. We do not expect much improvement in demand,” says the release.

Sectors to help exports recovery
“The export recovery is likely to be led by pharmaceuticals, medical & diagnostic equipment, technical textiles, Agri & processed foods, plastics, chemicals and electronics. Since the domestic demand for petroleum products is extremely low, we may see increasing exports of petroleum as well for such companies to sustain in business,” continued the release.

“While an increase in tariff can be one way to achieve it, the more effective strategy would be to provide an ecosystem which addresses the cost disability of Indian manufacturing leading to such imports. Import substitution manufacturing should attract interest subvention on credit, offsetting inland freight disadvantage besides equalization of import tariff from free trade areas,” said the release.

Target FTAs with the US and EU
On India has not been able to gain much on FTAs as these were not targeted towards our major markets, FIEO said “We should focus on FTAs with our major export destinations like the US and EU. A BTIA with the EU has become all the more necessary as Vietnam has signed an FTA and Investment Protection Agreement with the EU.”

“ India is competing with Vietnam in the EU market and such FTAs will give an edge to Vietnam over India particularly in apparel, leather goods, footwear, tea-coffee, furniture and electronics. Though India’s exports of electronics are not substantial, in the years to come, we can see exponential growth in electronics imports due to a lot of investments flowing into the electronic sector led by attractive fiscal support,” noted the release.

However, at the same time, India’s trade deficit with Hong Kong has increased from a surplus position in one year. Our exports to Hong Kong in 2019 stood at $11.5 billion as against imports of $17.3 billion imports with the trade deficit of $5.8 billion in 2019 (against the surplus of $ 4 billion in 2017).

“We need to look into the totality of trade with China & Hong Kong. Much dependence on China can be reduced with short to long term plans. India has been able to reduce its import dependence in the mobile sector and the same can be replicated in other sectors of electronics, telecommunication and formulation of speciality in chemicals etc. We need to encourage Indian investments as well as FDI through fiscal incentive in such sectors,” reads the release.

‘Risky’ tags for exporters
As Covid-19 has created a very challenging time for the exporters, FIEO said “Due to prolonged lockdown the exporters lost the orders and suffered substantial financial loss. The working capital is almost wiped out. Under these circumstances, we need the government to support the exporters. However, it is with regret that we find thousands of exporters are declared ‘risky’ without assigning any reason. This is most unfortunate particularly at this time when the government needs to be sympathetic and understanding.”

“As soon as the exporter is declared risky by the customs, his drawback and GST refund is stopped and all the containers are subjected to 100 percent check by the customs. This is leading to missing the vessels and expiry of Letter of Credits. The procedure for removing the risky tag is long, complicated and time-consuming. This has been going on for the last 6 months and has caused irreparable loss to exporters. We have appealed to the Revenue Department that if they find any exporter risky, then a bond can be taken from him but under no circumstance, his GST refund and other dues should be stopped,” said the release.

“In most cases, it is found that the reason for declaring risky is only due to some technical error in the system and for this, the exporters are paying a very heavy price. We have pointed out that exporters do KYC at 3 levels while opening the bank account, taking import-export Code and while registering with export promotion councils. There are enough investigation agencies with the government to catch the errant exporters. This is the time for the government to repose trust on the exporters and boost their morale,” continued the release.