March 18, 2019: FM Logistic, a leading international organisation from France, specialising in warehousing, transportation and co-packing, has announced its plans to invest $150 million over five years, as part of its strategy to grow in India. 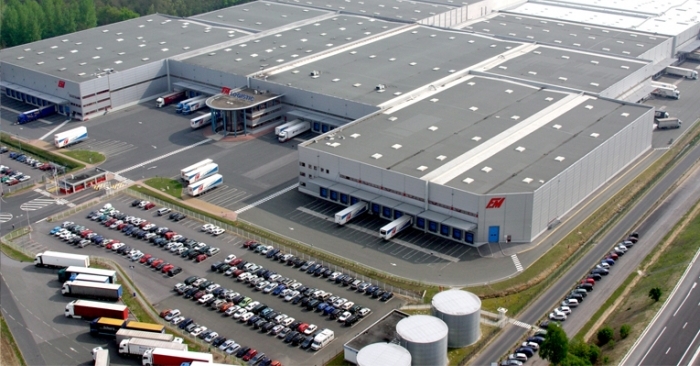 X
FM logistic to invest $150 million as part of strategic growth plan in India
Our Correspondent18 March 2019 10:19 AM GMT

March 18, 2019: FM Logistic, a leading international organisation from France, specialising in warehousing, transportation and co-packing, has announced its plans to invest $150 million over five years, as part of its strategy to grow in India. FM Logistic also announced the appointment of its new managing director of India operations - Alexandre Amine Soufiani.

Alexandre Amine will take over from Gautam Dembla, one of the founders of Spear Logistics, which FM Logistic acquired in 2016. Dembla, who is set to retire after an illustrious career of 30 years in the field of contract logistics, played an important role in the success of FM Logistic in India.

Talking at a press conference in Delhi, Jean Christophe Machet, global CEO, FM Logistic said, "India is one of the key strategic markets for FM Logistic. In 2016, we entered India through the acquisition of Pune based Spear Logistics. We see a huge untapped potential in India. The company is planning to make strategic investments in India to support its long term growth. The GST reform provides a huge opportunity. Thanks to the new positive policies in India, our operations have become even more streamlined and efficient. We expect a very strong double-digit growth in India in FY 2019-20. Overall the company's activities in India have been growing by an average 25% YoY for the past 10 years."

Speaking further, Machet said "FM Logistic plans to strengthen its position in India by delivering on its post GST strategy of focusing on developing multi-client facilities (MCF) in the most important Indian Economic Zones. The successful opening of FM Logistic's first MCF in Mumbai (with extension in progress) will be followed by another MCF in Delhi NCR (near Gurugram), which is expected to commence operations from April 2019. FM Logistic has also acquired 31 acres of land in Jhajjar, near Gurugram. With the help of our real estate sister company NG Concept, construction activities will start in the coming months. The Jhajjar MCF (the 2nd MCF in the NCR region) will offer 700,000 square feet of warehousing space and will store approximately 100,000 pallet positions once fully constructed. With these new projects we aim to create 500 jobs in next 12 months. FM Logistic in India has not only invested in transportation and warehousing activities, providing better warehousing and distribution services to its customers, but also invested in the digitalisation of its various functions, notably in WMS (warehouse management system) and TMS (transport management system) that offer a high quality service and real-time visibility to customers."

Meanwhile, speaking on his new role, Alexandre Amine said, "I am delighted and deeply thankful to the board for giving me the opportunity to strengthen FM Logistic's Indian operations. I am also thankful to Gautam Dembla, my predecessor, and one of the founder members of Spear Logistics, who made FM Logistic one of the preferred 3PL companies in India.

He also stated that the company has recently added few marquee clients in India including Caterpillar for Pan India transportation managing 1000 suppliers with a control tower & TMS; One of the European retail major in Pune to manage their B to B & B to C distribution center (800,000 square feet); One of the Indian retail company - 80,000 square feet, for Mother warehouse in Mumbai MCF; and BIC Cello for managing their large In-Plant warehouse at VAPI in Gujarat from April 19.