August 17, 2017: SpiceJet recently launched services on the Hyderabad-Puducherry sector providing convenient connections from different parts of the country to the Union Territory. 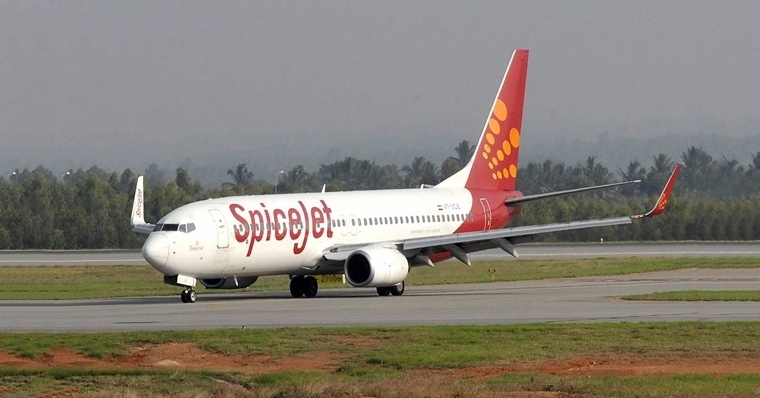 August 17, 2017: SpiceJet recently launched services on the Hyderabad-Puducherry sector providing convenient connections from different parts of the country to the Union Territory.

The Hyderabad-Puducherry flight becomes the third daily flight to be launched by SpiceJet under the UDAN scheme. Puducherry is one of the four un-served markets the airline will be operating to under the UDAN scheme. With this new flight, Puducherry will be connected with Delhi, Mumbai, Bengaluru, Chennai, Tirupati, Ahmedabad, Jaipur, Chandigarh, Vijaywada and Varanasi with convenient onward connections on the SpiceJet network.

The flag-off ceremony was graced by chief minister of Puducherry V Narayanasamy and other senior ministers along with AAI and SpiceJet officials. Flight SG 1005 departed from Puducherry on its maiden flight to the Rajiv Gandhi International Airport, Hyderabad.

On the occasion of the flagging off ceremony, Shilpa Bhatia, senior VP, Commercial SpiceJet said, “SpiceJet is proud to induct Puducherry on to its network. Seen as an education, healthcare and tourism hotspot of the country, Puducherry is also home to several big IT software and hardware giants and has seen remarkable growth in recent years. SpiceJet is excited to contribute to this growth story and our flights will help bring in more leisure and business traffic to the UT.”

SpiceJet has been awarded six proposals and 11 routes under the first phase of the Government of India's UDAN Regional Connectivity Scheme. Out of the six finalised proposals four will cater to unserved markets of Adampur, Kandla, Puducherry and Jaisalmer whereas two will be for underserved markets of Porbandar and Kanpur. Flight operations have already commenced on Mumbai-Porbandar-Mumbai and Mumbai-Kandla-Mumbai routes from 10th July.