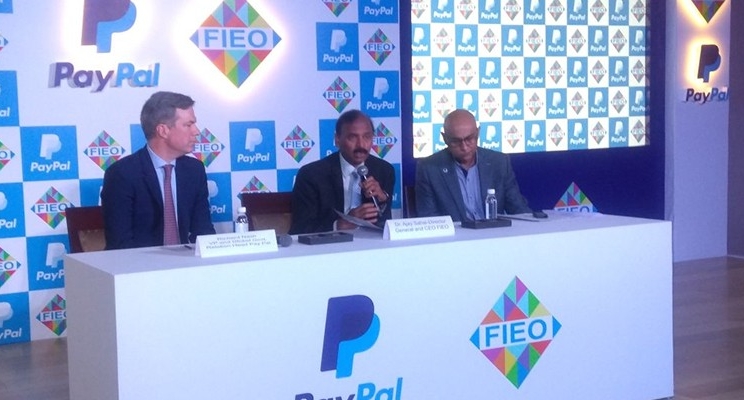 MSME units particularly labour-intensive sectors such as marine products, RMG of all textiles, cotton yarn/ fabs/ made-ups, agri products, leather & leather products and handicrafts are into negative territory. Though some labour-intensive sectors including gems and jewellery, carpets and jute manufacturing including floor covering etc. have shown impressive growth or have improved. The main reason behind the impressive growth shown by gems and jewellery exports have been the increased import of gold and pearls, precious and semi-precious stones.

SME sectors of exports are still reeling under pressure because of the liquidity crunch as banks and financial institutions have continuously been tightening their lending norms and ITC refund for exports still poses a challenge, said Gupta.

He added that significant contribution in the growth was made by petroleum, gems and jewellery and engineering sector of exports, as they not only outperformed all other sectors of exports but have also helped the exports sector to continue on its double digit growth trajectory in these difficult times.

FIEO president reiterated his concern on the rising trade deficit, primarily on account of swelling of crude imports bill due to rising global oil prices, which have further added to inflationary conditions and the current account deficit thereby adding to the woes of the government on the fiscal deficit front. This is also adding pressure on Indian Rupee coupled with huge withdrawal by FIIs from the Indian debt & equity market.

Gupta said that on domestic front, key issues like depreciating rupee, access & cost of credit especially for MSMEs should be looked immediately as global challenges and increasing protectionism, have already added to the problems of the exporters. FIEO also urges the government to soon come out with WTO compliant export strategy to give a boost to country’s exports sector.

The rupee depreciation would definitely provide some edge to Indian exports as rupee is the worst performing currency in Asia in the current fiscal, yet its impact will vary from sector to sector. However, the textile industry may be at a disadvantage with sharp depreciation in Turkish Lira as Turkey is one of the competitors. Same is true for commodities as Argentinian and Brazilian currencies have depreciated at a steeper pace, added FIEO chief.