October 16, 2019: Sharad Kumar Saraf, president of Federation of Indian Export Organisations (FIEO) today asked for an immediate deliberation and drafting of the newly launched Remission of Duties or Taxes on Export Products (RoDTEP) scheme for boosting the Indian exports. 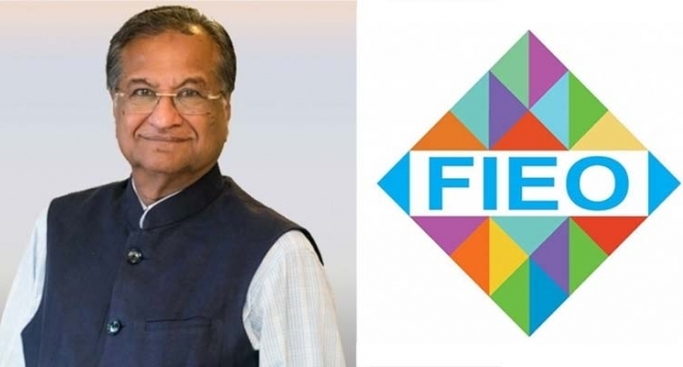 October 16, 2019: Sharad Kumar Saraf, president of Federation of Indian Export Organisations (FIEO) today asked for an immediate deliberation and drafting of the newly launched Remission of Duties or Taxes on Export Products (RoDTEP) scheme for boosting the Indian exports.

Saraf said that domestic issues including the access to and cost of credit for MSMEs, especially for merchant exporters, interest equalization support to all Agri exports, benefits on sales to foreign tourists and quick refund of GST especially Input Tax Credit (ITC) refund should be quickly and seriously looked into.

Announced in September 2019, RoDTEP scheme will replace the Merchandise Exports from India Scheme (MEIS) for all exported goods except textiles from January 01, 2020. The scheme will create a fully automated route for ITC in the GST to help increase the exports from India by providing an additional export credit of up to Rs.68,000 crores.

Rising trade tensions that have unsettled the slowing world economy have also led the World Trade Organization (WTO) to sharply cut their trade forecasts for both 2019 and 2020 to 1.2 and 2.7 respectively added FIEO President. The downside risks still remain high in the global economy and the projection for 2020 depends on a return to more normal trade relations said, Saraf.
The softening of commodities prices including crude, US-China Trade war, Brexit and developments in Iran, Turkey and other Gulf nations have further aggravated the problem of the world economy. The uncertainty attached has also affected the flow of investment and added to currency volatility.

Only 8 out of 30 major product groups were in positive territory during September 2019 including electronic goods, drugs & pharmaceuticals, mica, coal & other ores, minerals including processed minerals, ceramic products & glassware and iron-ore sectors which showed some growth.

However, sectors like tea, spices and fruits & vegetables showed only marginal growth during the month. All other major sector of exports including almost all labour-intensive sector of exports besides petroleum were in the negative, showing such a decelerating trend. However, imports of USD 36.89 billion during the month has again come in the form of some respite for the economy showing a decline of -13.85 percent.