While the technology integration in automobile supply chain can bring in a higher level of efficiency, the cost of automation viz a viz cost of labour in India 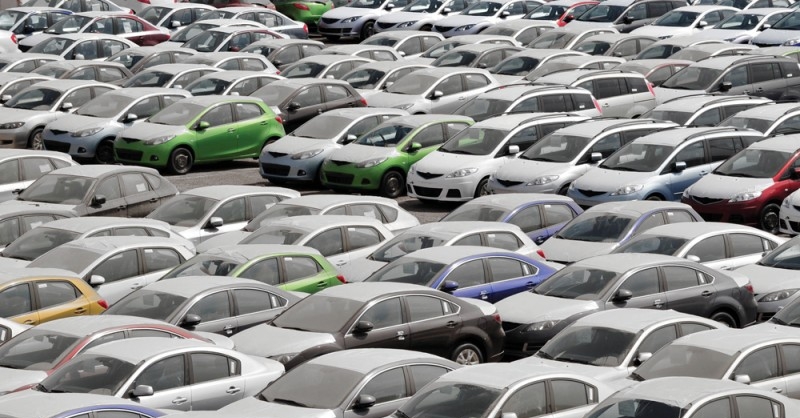 While the technology integration in automobile supply chain can bring in a higher level of efficiency, the cost of automation viz a viz cost of labour in India make them be on a slow path. However, in the post GST scenario, the next two to three years will be a game-changing period for the auto logistics segment in India.
Renjini Liza Varghese

Indian automobile segment for the past couple of decade has grown from a mere domestic supplier to a major exporter. That is not all; India is emerging as a manufacturing hub for the international brands. Thanks to the conducive manufacturing policies including the Make in India initiative.

The latest addition to the list is the India made Jeep Compass (SUV) that started its exports from the last week of October. It will be just days before one sees these made-in-India Jeeps plying on the streets of Australia and Japan. Though the US-automotive major General Motors had withdrawn from the Indian market, it still uses one of its facilities to manufacture small cars for exports. Globally, the demand for automobiles is surging, Indian companies along with its global peers in the country started exploring newer markets. Supply chain management plays a significant role in the whole process. Undoubtedly, logistics is the backbone of all industry. With inbound and outbound logistics requirement, it plays a crucial role.

According to a report published by the rating agency ICRA, Indian logistics industry is likely to grow at 9-10 percent over the medium term which would be primarily driven by the recovery in the economy. Outsourcing of non-core activities like logistics, warehousing and associated activities to integrated players is likely to push the share of the organised segment, the report said.

The report continued by stating, “The GST implementation will also support organised players as it will have three major implications - consolidation of warehousing network and a shift towards a 'hub and spoke' model, higher degree of tax compliance and creation of level playing field between express and traditional transport services providers by virtue of access to input tax credit.”

All look positive at this juncture, but the supply chain players and the OEMs (Original equipment manufacturers) fight the inadequacies in infrastructure. While on the one hand, the policymakers speak about the multimodal-logistics park, the stakeholders raise their concern about the existing infrastructure. Be it road, rail, sea or air, congestion around these points are a nightmare. India is much away from seeing the multi-modal infrastructure a reality.

Challenges
"India is far away from having the multi-modal infrastructure a reality. Forget about building for the future, we are finding it difficult to meet today’s demand," said Gautam Dembla, managing director India, Spear Logistics. He continued, “The railways are an efficient and cost-effective mode of transporting big volumes. But to get the goods on to the railway wagon, one has to go through one station, one town, one stockyard and fight through traffic, and manually move the load to the railway wagon. The same cycle repeats at the destination. It is another fight to get the things off the wagon, to get it on to a vehicle, and move to the OEMs. So when you talk about multi-modal transport, you talk about road, rail, coastal, the sea everything. So it again boils down to infrastructure. That sadly is still lacking.”

Amit Borkar, general manager – SCM, ARaymond Fasteners India, pointed out the significant challenges faced in the supply chain management by saying, “What we see now is more of a demand management challenge because of the major fluctuation in the industry. How collaborative demand management can happen between the OEMs, Tier1 and Tier2 suppliers will address the concern to a greater extent. I know it cannot be managed 100 percent well, but with collaboration, there will be improvements at least in some segments.”

Dembla also brought in the bigger picture of the lack of warehousing facilities in India. He commented, “Organised grade-A warehousing structures typically are not readily available in the country. One cannot walk into micro-locations such as Mumbai, Delhi, Gurgaon, Pune or Chennai into a warehouse and start storing your cargo. Good quality grade-A warehousing even now is on a built–to–suit basis. That is after a customer places a request with a developer, 'look I need 200,000 sq ft or 400,000 sq ft', and that developer will build it for him meeting his requirement.”

While Pirojshaw Sarkari, chief executive officer of Mahindra Logistics, was vocal about the bottlenecking at the port the shippers face during exports. He said, “The problem is the congestion at the port. Once you reach the port, many times your trucks are used as storage points as there is no space to offload those vehicles. Number one is the congestion at the port, and number two is the calling. The calling in India for the RO-RO vessels are concentrated on the main ports. The whole idea is how one can convince them to move to the newer ports. For, eg, for a RO-RO player to come to the new port near Andhra Pradesh, would require a fair amount of persuasion. It will only happen if the OEM takes a stand that the business will be given to the vessel operator only if he comes to this particular port. This move will decongest the Mumbai or Nhava Sheva ports.”

Dembla added on to the point of Sarkari and said, “Once your container is in JNPT port, then it moves on to the ship fairly quickly, but getting it to the JNPT port is not easy. At times it takes anywhere between 14 to 24 hrs. But if you have a container moving on a Concor, then it will take no time. The road is a big challenge. It is going to take a while. India is growing fast enough and unable to keep pace in infrastructure with this growth.”

Post GST era
In the pre-GST regime, the OEMs had consignments that would typically come in large quantities. As a result, you had excess inventories sitting in the warehouses with lower inventory returns. Thus the inventory used to build up. However, with GST roll out the warehouses are becoming leaner and dynamic.

Borkar was of the opinion that post-GST, “Whatever taxes paid earlier are still paid, certain documentation that was supposed to be eased out still has not happened. But for exports, the documentation requirement has come down drastically. In logistics, the implementation of e-waybill is getting delayed, but once implemented it would make the difference. The lead time for documentation and communication continue to be a roadblock.”

“In our warehouses, we would be able to do a lot of sub-assembly work. Earlier there used to be a lot of issues on excise duties etc., but with the single tax regime, we will be able to provide a set of value-added services to the customers,” said Dembla.

He elaborated, “If there is a car manufacturer who has a warehouse that he outsources to a service provider like us, he will sell bumpers to the dealer. He will sell that painted or unpainted with or without fog lamps. So when we are shipping it out, according to the dealer’s requirement we can do it from the warehouse."

What this means, according to Dembla, is that there would be fewer inventories kept in the warehouses. Thus, the warehouses would become far leaner.

In the next two or three years, there would be a great deal of organised grade-A warehousing development in Tier1 cities. There are companies like Indospace which are building a number of spaces.

Dembla, though, was happy about the developments but was candid in pointing out the hitch the industry will continue to face. “The problems are that they don't have spare capacity to just give out like that. To give you an eg., I as a customer want to move in for a window of three months, I will never be able to get a grade-A warehouse in India. But this picture will slowly change. Maybe in next two years, we would see the easier availability of quality warehousing for the auto sector.”

Innovation
The Indian logistics companies have adapted technology pretty well now. A lot of changes are taking place in terms of mechanisation and automation. Tracking mechanisms have become a commonality now. However, the stakeholders put forth the affordability factor of the technology. The companies in the organised sector face no challenge in accessing the latest technology.

Dembla said, “If we need to buy an automated guided vehicle, it is prohibitively expensive. Do the volumes in the warehouses justify having these vehicles? I am not so sure. But in the auto sector to bring in too much of automation, and the equipment viz-a-viz the cost of labour in India, it still does not make too much sense to make a heavy investment in the guided vehicle now.”

What next?
Though India is growing rapidly, and the demand for vehicles and automobiles are on the rise. However, in the changed scenario, it is not necessary to have warehouses everywhere. In the next few years, there will be fewer warehouses, which will handle many more transactions and more complexities in terms of value-added services. That means it might see a fair amount of upgradation in sorting systems, automated storage and retrieval systems, automated guided vehicles etc.

“With GST, the automotive companies can bring down the number of distribution centres say from the existing eight to four and that four becomes larger and a dynamic facility. The transactions will increase in these centres. When the volume increase is when it makes sense to invest in automated guided vehicles or enhance applications,” stated Dembla.

“Because we have one automotive manufacturer as a customer with us; it becomes easier for us to collaborate with the other automotive players. Going forward, if we can set up multi-OEM stockyards in four or five strategic locations, the distribution becomes cheaper and easier.

“Why cheaper, because today if you have to distribute vehicles to a certain dealer, you have to load that car carrier with atleast eight vehicles. You drop off four at one point and drop off the other four at a different point. But with a dynamic stockyard what happens is you can take even one vehicle to the dealer. So the whole supply chain becomes leaner, and the cost will come down,” said Sarkari.

Infrastructure, the roads, the quality of warehousing, the availability of storage, the supply lines, engines on the move and communications all need a really dramatic improvement before one sees things improving within the supply chain.