FarEye expands to US and Mexico; establishes headquarter in Chicago

The global SaaS platform provider for last-mile logistics FarEye today announced it has expanded operations in the United States and Mexico, including the establishment of Chicago as its North American headquarters. 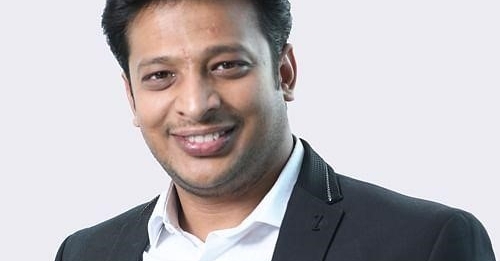 February 11, 2022: The global SaaS platform provider for last-mile logistics FarEye today announced it has expanded operations in the United States and Mexico, including the establishment of Chicago as its North American headquarters.

FarEye has also deepened its presence in Mexico to support customers, drive co-innovation with partners and create a Center of Excellence for customers in the Latin America region.

Chicago named FarEye North America Headquarters FarEye’s Chicago office in Wacker Drive will support U.S. operations, with plans to have 50 percent of global field operations driven out of the office by the end of 2022. Both CEO and co-founder Kushal Nahata, and co-founder and CTO Gaurav Srivastava have relocated to Chicago from India to spearhead FarEye’s global growth.

FarEye has accelerated its hiring of employees in 2022 in the U.S. across sales, marketing, product and service delivery functions. This strategic shift is designed to support FarEye’s growth strategy, and expand its software platform capabilities to meet the needs of carriers and shippers. FarEye enables carriers and shippers to do faster, reliable, customer-centric deliveries at scale, making the delivery experience better for everyone.

FarEye’s intelligent platform is used by brands to launch and champion multiple delivery models like same-day, next-day, on-demand, and curbside from multiple inventory locations. FarEye’s growth has accelerated over the last 12 months with strong traction in Europe and North America. These markets comprise over half of FarEye’s revenues and have grown nearly three times in the same period.

Latin America has become a fast-growing region for FarEye. To underpin this growth, the company will establish a Center of Excellence to both drive innovation and support local customers. FarEye will invest in customer service teams locally, with a long-term vision to have approximately 15% of the North American customer service team hosted out of Mexico by the end of 2023.

The Center of Excellence will be co-managed and co-innovated with FarEye and its partners in the region, to fuel innovation and expanded technology capabilities addressing last mile delivery while providing a localized and consistent experience for its customers.

“We’re proud to officially establish roots in the U.S. in Chicago as our hub, and to deepen our operations in Latin America,” said Kushal Nahata, CEO of FarEye. “The home delivery market shows no signs of slowing and we’re now even more well-positioned to scale and support our customers’ needs, no matter where they’re located in the world. With a stronger foundation in North America, we look forward to helping more companies reduce complexity in the last mile and deliver a superior consumer experience every time.”

FarEye plans to increase its strength by over 1,000 employees in the coming year. Today with 150+ customers, across 30+ countries, FarEye's platform processes over 100 million transactions on a monthly basis, supports more than 25,000 drivers and is integrated into a network of over two million vehicles, improving billions of deliveries worldwide. The company is on a journey to achieve 100+ million transactions per day with processing petabytes of data.