May 10, 2019: Emirates Group has posted its 31st consecutive year of profit and steady business expansion for the financial year ended March 31, 2019. 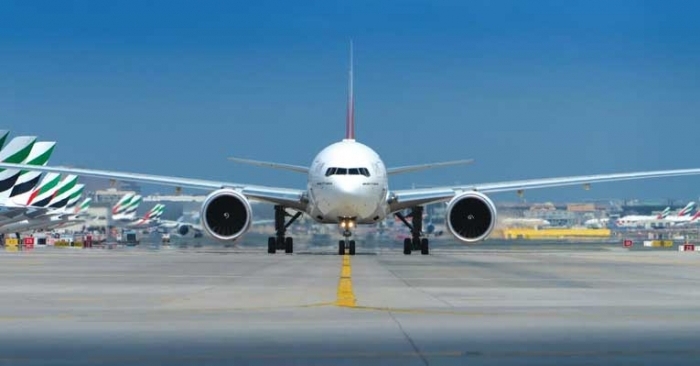 May 10, 2019: Emirates Group has posted its 31st consecutive year of profit and steady business expansion for the financial year ended March 31, 2019.

For the 2nd consecutive year, the freight tonne kilometres (FTKs) increased by a further 3 percent, demonstrating the carrier’s ability to retain and win customers on value despite fuel price increases and a weakened demand in many markets.

Emirates’ SkyCargo’s total freighter fleet stood at 12 B777Fs. In addition to belly-hold capacity to Emirates’ new passenger destinations, Emirates SkyCargo launched new freighter service to Bogota, Columbia, and resumed freighter services to Erbil in Iraq. In April, it launched Emirates AOG, a new airfreight product designed to transport aircraft parts quickly across the globe. This was followed in August by the launch of Emirates Pets and Emirates Pets Plus, which are new and enhanced air transportation products to ensure the safety and comfort of pets with services such as veterinary checks, document clearances, door-to-door transport, and the booking of return flights for pets.

Sheikh Ahmed bin Saeed Al Maktoum, chairman and chief executive, Emirates Group, said, “2018-19 has been tough, and our performance was not as strong as we would have liked. Higher oil prices and the strengthened US dollar eroded our earnings, even as competition intensified in our key markets. The uptick in global airfreight demand from the previous year appears to have gone into reverse gear, and we also saw travel demand weaken, particularly in our region, impacting both dnata and Emirates.

“In 2018-19, Emirates and dnata delivered our 31st consecutive year of profit, recorded growth across the business and invested in initiatives and infrastructure that will secure our future success,” he noted.

dnata’s key investments during the year included the acquisitions of Q Catering and Snap Fresh in Australia, and 121 inflight catering in the US; the buy-out of shares to become the owner of Dubai Express, Freightworks LLC; and a 51 percent majority stakeholder of Bollore Logistics LLC, UAE; the building of new cargo and pharma handling facilities in Belgium, the US, the UK, the Netherlands, Australia, Singapore and Pakistan; the acquisition of German tour operator Tropo, and a majority stake in BD4travel, a company providing artificial intelligence-driven IT solutions in the travel sector.

He remarked, “It is hard to predict the year ahead, but both Emirates and dnata are well positioned to navigate speed bumps, as well as to compete and succeed in the global marketplace. We must continually up our game, that’s why we invest in our people, technology, and infrastructure to help us maintain our competitive edge.”

Emirates’ total passenger and cargo capacity crossed the 63 billion mark, to 63.3 billion available tonne kilometre (ATK) at the end of 2018-19, cementing its position as the world’s largest international carrier.

Emirates received 13 new aircraft during the financial year, comprising of seven A380s and six Boeing 777-300ERs, including the last 777-300ER on its order book. The next 777 delivery is planned for 2020 when Emirates receives its first 777X aircraft.

The financial year saw Emirates phasing out 11 older aircraft, bringing its total fleet count to 270 at the end of March. This fleet roll-over involving 24 aircraft was again one of the largest managed in a year, keeping Emirates’ average fleet age at a youthful 6.1 years.

Despite stiff competition across its key markets, Emirates increased its revenue by 6 percent to AED 97.9 billion ($26.7 billion). Total operating costs increased by 8 percent over the 2017-18 financial year. The average price of jet fuel climbed by a further 22 percent during the financial year after last year’s 15 percent increase. Including a 3 percent higher uplift in line with capacity increase, the airline’s fuel bill increased substantially by 25 percent over last year to AED 30.8 billion ($8.4 billion). This is the biggest-ever fuel bill for the airline, accounting for 32 percent of operating costs, compared to 28 percent in 2017-18. Fuel remained the biggest cost component for the airline.

Against a backdrop of high fuel prices, strong competitive pressure, and unfavourable currency impact, the airline reported a profit of AED 871 million ($237 million), a decline of 69 percent over last year’s results, and a profit margin of 0.9 percent.

During the year, Emirates raised AED 14.2 billion ($3.9 billion) to fund its fleet growth, using a combination of term loans, finance and operating leases.

For 2018-19, dnata recorded its most profitable year with AED 1.4 billion ($394 million) profit. dnata's total revenue grew to AED 14.4 billion ($3.9 billion), up 10 percent. This reflects its continued business growth across its four business divisions - both organic through customer retention and new contract wins; as well as via its new acquisitions. dnata’s international business now accounts for 70 percent of its revenue.

Laying the foundations for its future growth, dnata invested close to AED 1.1 billion ($314 million) in acquisitions, new facilities and equipment, leading-edge technologies and people development during the year.

The number of aircraft movements handled by dnata in the UAE remained flat at 211,000. dnata’s Cargo handling slightly declined by 1 percent to 727,000 tonnes, impacted by lower demand in the overall air cargo market.

In 2018-19, dnata strengthened its position in the freight forwarding industry with the acquisition of more shares to become the sole owner of Dubai Express and Freightworks LLC; and a 51 percent majority stakeholder of Bollore Logistics LLC, UAE that operates in 106 countries.

It continued to invest in technology which includes the launch of: a new cutting-edge resource management system that supports AI, autonomous vehicles, and advanced analytics to optimise staff operations at both DXB and DWC; and a new one cargo tool, a first for ground handlers, to digitise the booking process and service, ensuring a seamless experience at cargo delivery bays, and a unified engagement for customers between freight forwarders and dnata.

dnata’s international airport operations division grew revenue by 5 percent to AED 4.0 billion ($1.1 billion), on account of increasing business volumes, opening of new locations and winning new contracts. International airport operations continue to represent the largest business segment in dnata by revenue contribution. The number of aircraft handled by the division further increased substantially by 9 percent to 488,000, and cargo noted a growth of 1 percent to 2.4 million tonnes of handled goods.

dnata significantly enhanced its cargo capabilities in 2018-19. It debuted operations in Belgium with a new 14,000 square metre cargo centre at Brussels Airport, built tailor-made cargo solutions across new facilities in Dallas, London Heathrow, Adelaide and Karachi, and refurbished existing facilities in Singapore and Amsterdam. In response to customer growth, dnata invested to expand at Gatwick and Manchester, and opened new cargo facilities in Islamabad and Multan airports including Pakistan’s first automated storage and retrieval system.

dnata also invested in its pharma facilities, offering more handling capability than any other company in the UK, the Netherlands, Australia and Singapore. Its ability to provide safe and reliable pharma handling services globally were recognised with IATA’s CIEV Pharma certification in Dubai and Toronto, and good distribution practices (GDP) certification in London and Zurich.

In Italy, dnata increased its share in Airport Handling SpA, a Milan-based ground handler, to 70 percent. At Zurich Airport, dnata was re-awarded the ground and cargo handling licence till 2025, enabling it to serve customers without interruptions. In North America, dnata launched ground and cargo handling at Los Angeles and began passenger services at New York’s John F Kennedy Airport.

During the year, dnata inaugurated a 2,000 square metre state-of-the-art catering facility in Canberra with the capacity to produce more than 60,000 meals a month. In North America, dnata launched operations in New York, Nashville and Orlando and will commence operations in purpose-built facilities in Boston, Houston and Vancouver in the first quarter of the new financial year.