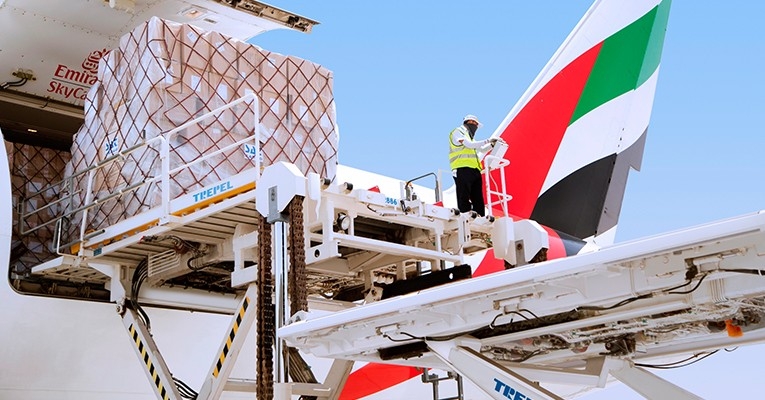 May 08, 2018: Emirates SkyCargo uplifted 33,000 tonnes of fruits and vegetables from Indian destinations in the year 2017-18. This is 8.25 percent of the 400,000 tonnes of total perishables cargo uplifted by the freight division of Dubai-based Emirates from across its network of over 155 destinations. Interestingly, this record volume of perishable cargo movement by Emirates was achieved in the 12 months since the launch of Emirates Fresh in April 2017. 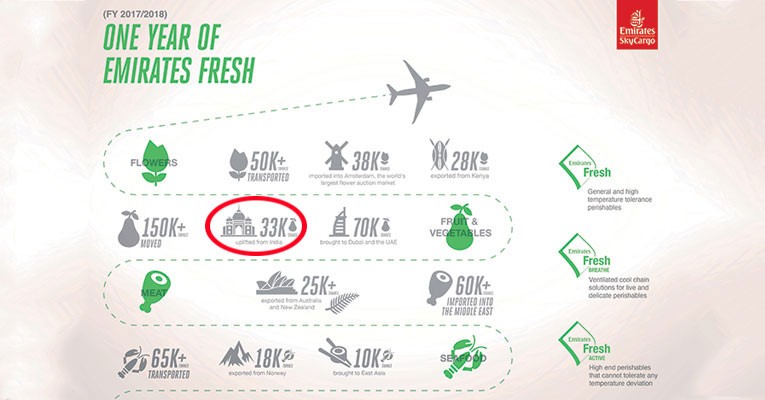 Emirates SkyCargo also transported over 65,000 tonnes of seafood and close to 60,000 tonnes of meat in the past 12 months. The air cargo carrier transports items such as salmon from Norway to East Asia, seafood from South Africa and Uganda to Europe and premium meat from Melbourne to the Middle East. It carried close to 25,000 tonnes of meat exports from Australia and New Zealand.

Over 50,000 tonnes of fresh flowers and plants were also transported on Emirates SkyCargo between April 2017 and March 2018. This includes flowers transported directly from some of the world’s most important flower producing regions such as Kenya and Ecuador on freighters to Amsterdam – the hub of the global floriculture market.

The export of perishables is often an important source of revenue for local economies. Emirates Skycargo stimulates global business partnerships and trade by opening new markets through its flight connections across six continents through Dubai. For example, in 2017 Emirates SkyCargo helped boost export of perishables such as rambutans and lychees from Vietnam to the Middle East, opening doors to new markets for Vietnamese exporters. Similarly, Emirates SkyCargo played an important role in facilitating a resurgence of seafood exports from Sri Lanka to Europe.

“Since its launch last year, we have received extremely positive feedback on Emirates Fresh from our customers,” said Nabil Sultan, Emirates Divisional Senior Vice President, Cargo. “The three different service levels of Emirates Fresh allow us to respond to the varied needs of perishables exporters. We continue to work with our customers and to invest in and develop Emirates Fresh as well as our other sector specific offerings. This is what helps us stay ahead of the game,” he added.

Emirates SkyCargo offers cargo capacity on its fleet of over 265 modern, all wide-body aircraft including 14 dedicated freighters. The air cargo carrier offers extensive cool chain facilities at its state of the art cargo terminals in Dubai.