March 4, 2021: On the occasion of World Wildlife Day, the Emirates Group has reaffirmed its long-standing commitment to protecting wildlife and habitats. It also shone the spotlight on conservation efforts across the organisation at an online Environment Forum for its global employees. 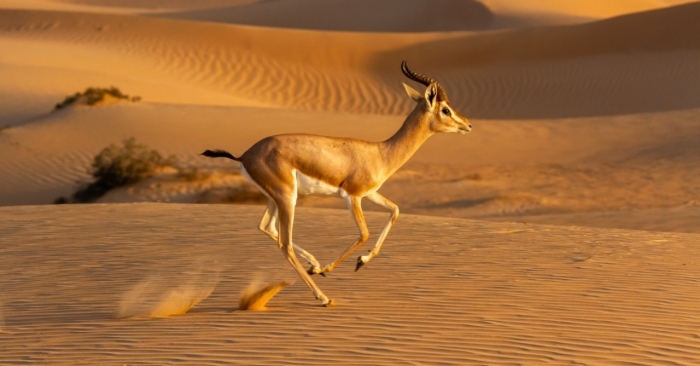 March 4, 2021: On the occasion of World Wildlife Day, the Emirates Group has reaffirmed its long-standing commitment to protecting wildlife and habitats. It also shone the spotlight on conservation efforts across the organisation at an online Environment Forum for its global employees.

During the forum, experts from the Dubai Desert Conservation Reserve, Emirates One & Only Wolgan Valley in Australia, and Emirates SkyCargo spoke about the work being done to protect endangered species and habitats in Dubai, restoration efforts following the aftermath of the Australian bushfires, and how the airline was doing its part to foil wildlife trafficking across its network.

In addition to reducing emissions and consuming responsibly, the preservation of wildlife and habitats is one of the three pillars under The Emirates Group's environmental sustainability strategy. The Group believes that future generations should enjoy seeing wildlife in the wild and that the world's beauty and biodiversity is an inspiration for travel.

Emirates SkyCargo has adopted a zero-tolerance policy on illegal wildlife trade which includes big cats, elephants, rhinos and pangolins, among other types of contraband animal cargo, and has implemented a complete ban on hunting trophies for the Big-4, even in cases where the shipment may be considered legal under CITES* rules.

Emirates SkyCargo has also invested in awareness campaigns, as well as education and training on issues associated with illegal wildlife trade for its teams. Cargo teams are trained to look out for warning signs of smuggled wildlife products during cargo transportation and screening. This includes document verification, container or cage examination, and confirming the authenticity of CITES* permits. Employees across the business are encouraged to report suspicious activity through designated internal channels for investigation, and the intelligence gathered is shared with relevant authorities as well as used to benefit the worldwide data collection for further wildlife trafficking prevention purposes.