May 18, 2018: Minister of State for Civil Aviation Jayant Sinha has said that the civil aviation ministry is in final stages of formulating the drone policy, which is likely to be released shortly. 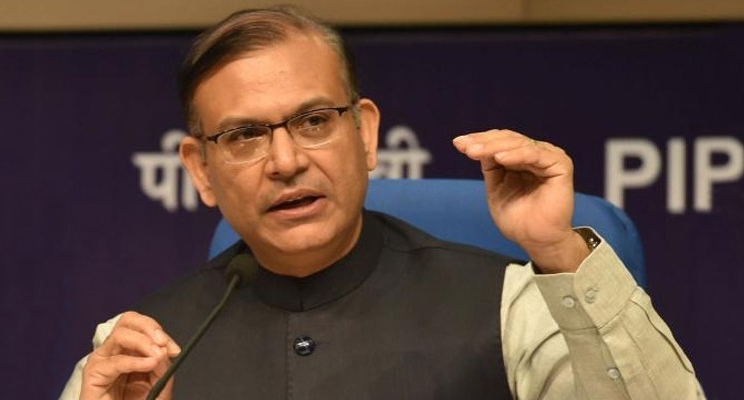 X
Jayant Sinha on formulation of drone policy
Our Correspondent18 May 2018 12:31 PM GMT

May 18, 2018: Minister of State for Civil Aviation Jayant Sinha has said that the civil aviation ministry is in final stages of formulating the drone policy, which is likely to be released shortly.

"We have finalised our work on the drone policy. Some tricky issues need to be resolved from security and global standards point of view. We are now at the end of that consultation process," he said during the session of Global Exhibition on Services, organised by department of commerce and industry body CII.

At present, the aircraft rules do not cover the use of drones as well as their sale and purchase. Aviation regulator Directorate General of Civil Aviation (DGCA) had in October 2014 restricted the use of drones and unmanned aircraft system by civilians. According to the draft rules prepared by the DGCA, drones would require unique identification numbers while nano drones, those weighing below 250 grams, would be exempt from seeking one-time approval, including the unique number requirement.

Talking about the prospects of the aviation sector, Sinha said it holds huge potential to push the country's economic growth. He said the government is working on several areas including building airport capacity; strengthen regulatory institutions and enhancing skills required in the sector.

The aviation ministry is targeting a five-fold increase in passenger trips to one billion per annum in 15-20 years from the current 200 million in view of the huge growth opportunities the sector holds. It is "absolutely achievable" target, he said adding huge opportunities exist in aerospace manufacturing.

He further added that aviation was going to be one of the largest industries in India and airlines had placed orders for over 900 planes. In addition, India needs to follow "farm to frontier" model of growth and not farm to factory.