September 01, 2017: Domestic cargo has registered a growth of 8 percent at a CAGR during FY07-17, whereas international cargo grew at 6.2 percent annually during the same period, according to an ASSOCHAM-Yes Bank joint study. 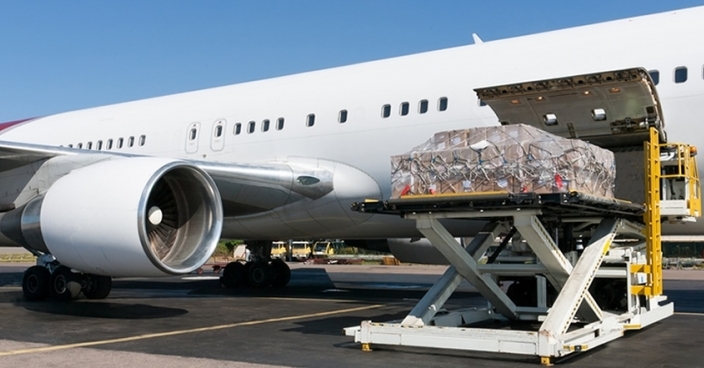 September 01, 2017: Domestic cargo has registered a growth of 8 percent at a CAGR during FY07-17, whereas international cargo grew at 6.2 percent annually during the same period, according to an ASSOCHAM-Yes Bank joint study.

In India, air trade to GDP ratio has doubled from 4 percent to 8 percent in the last 20 years. Air cargo contributes about 20 percent of airlines revenue. Air cargo industry involves a wide variety of service providers and employs nearly 70,000 thousand persons in the country, reveals the joint study on ‘Civil Aviation’ released today in New Delhi.

Air Cargo should be treated at par with other logistics sector like roads which is subject to 5 percent tax rate. It is recommended that air cargo tax rate may be reduced from 18 percent and considered for a lower tax bracket.

Indian express cargo industry provides fast, reliable, on demand, integrated and door to door (including customs clearance and duty and tax payments) is likely to grow manifold in the coming years. The growth of the industry will be driven by the current major customer segments, namely auto components, banking and finance, garments, pharmaceuticals, IT hardware and mobile phones, e-commerce etc.

As per IMF forecast, GDP growth in India is forecast to grow at an average of 7.5-8.2 percent during FY18-21 and thus air cargo could be at the centre of supply.

In order to promote growth in air cargo by way of cost reduction, efficiency improvement and better inter-ministerial coordination, Air Cargo Logistics Promotion Board (ACLPB) and AAI Cargo Logistics & Allied Services (AAICLAS) have been formed. AAICLAS focus is on three verticals (a) air cargo handling and allied services, (b) warehousing and contract logistics and (c) air cargo road feeder and air freight stations. Creating AAICLAS would bring multiple advantages as there is lot of activities on the cargo front.

The opening of economy, entry of new airlines, new routes, reforms in government policies, advanced technology has helped Indian air cargo to grow. But air cargo sector in India is still fragmented and faces certain challenges which are air traffic in the country is mainly concentrated at only a handful of airports. The challenge lies in connecting cargo volumes of Tier II and III cities with major cities for air transportation, which lacks appropriate cargo infrastructure.

To provide scope of capacity addition to the existing cargo players, it is necessary to integrate airport infrastructure with air cargo facilities. Dedicated unused infrastructure at airports may be marked to air cargo operators.

The inbound freight demand is not very strong and is not enough to fill up the aircraft but that is not the case with exports which see much higher utilization. As a result of intense competition, the export rates have been low. Hence, airlines are finding it tougher to make profit to keep India on their route.

Substantial investment is needed to develop dedicated on-airport cargo terminals, air freight stations, to handle air cargo across the country. Advances in technology and the implementation of security systems also need to be pursued.

Indian airports enjoy a geographical advantage, owing to their strategic location. But the transshipment route has not been fully exploited. In order to develop transshipments, customs and security policies and procedures for transshipment need to be standardized at various airports.

With the introduction of GST, octroi has been removed, which will propel the demand for cargo movement through roads. Thus, in order to protect air cargo from the negative impact emanating from the new developments in the competition sectors, it is recommended that a connectivity plan should be laid down to connect rail cargo with air cargo.

With the implementation of GST framework, airlines in the country have been hit hardly. Under GST structure, while airlines can claim input tax credit on all inputs (excluding ATF) on the business class; for the economy class, they can claim input tax credit only on input services. However, there is no clarity if the existing exemptions would continue or not under GST structure.